Bru, a South African Slang used to refer to a close male friend and a term of affection used by one male to another. This term is commonly used to call a friend, pal or buddy. Bru means the same as bro but its a south african way of saying it. 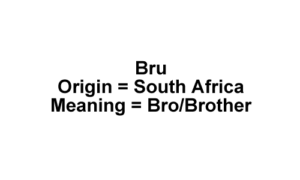 Origin Of The African Slang Bru

bro/bra/bru/boet/boetie – Is a South African slang term for brother, originating from the Dutch breur; it is the equivalent to “bro” in the US.

Typical users include people with Afrikaans as their first language but who speak English as a second language and people living in areas where the population speaks both English and Afrikaans. Many of these terms also occur widely amongst ethnic/native South Africans, and others living in neighbouring countries such as Zimbabwe, Botswana, Zambia etc. These terms do not occur in formal South African English

All words are variations of the word “broer” in Afrikaans meaning “brother”. Boetie (Pronounced ‘Boet – tea’) specifically means little brother in Afrikaans because of the “ie” diminutive suffix.

Examples Of When & How To Use The Slang Bru

I am doing great  bru

Will be right back bro

Will be right back bru.

That’s my brother for life

That’s my bru for life

Bro, just put on your shoe and cloth we are going to walk to the beach and then go for a swim, if you want to come with you better hurry up, john.

You know what, lets just forget about the beach and have a house party instead, all we need is some meat, music, some cooldrinks, maybe some girls and some other friends. And if someone can bring some champagne that would be awesome.

Hey bro, it’s independent day today, I’m warning you my dad won’t tolerate any house party, he will kick us all out of his house!

He just called that he is coming home from the independent celebration bru, we got find another place for the party bro. 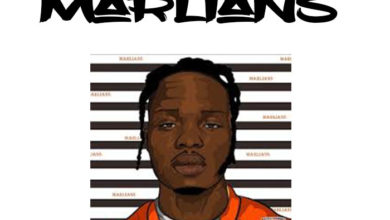 Marlian Or Marlians’ Meaning & Origin Of The Movement & Slang 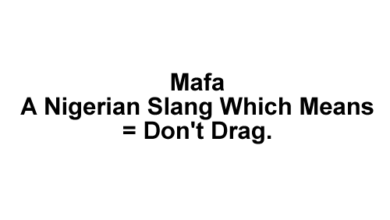