Africa Facts Zone presents Facts About Ghana: Formerly called the Gold Coast, Ghana was created from the merger of the British colony of the Gold Coast and the Togoland trust territory. British Togoland, formerly a colony of Germany, was incorporated into Ghana by referendum in 1956.  In 1957, one of the major facts about Ghana occurred  Ghana became the first Sub-Saharan country in colonial Africa to gain its independence. Ghana, as the result of a plebiscite, became a republic on July 1, 1960.

Premier Kwame Nkrumah attempted to take leadership of the Pan-African Movement, holding the All-African People’s Congress in his capital, Accra, in 1958 and organizing the Union of African States with Guinea and Mali in 1961. But he oriented his country toward the Soviet Union and China and built an autocratic rule over all aspects of Ghanaian life. In Feb. 1966, while Nkrumah was visiting Beijing and Hanoi, he was deposed by a military coup led by Gen. Emmanuel K. Kotoka.

After that, Ghana endured a series of coups before Lt. Jerry RAWLINGS took power in 1981 and banned political parties. After approving a new constitution and restoring multiparty politics in 1992, RAWLINGS won presidential elections in 1992 and 1996 but was constitutionally prevented from running for a third term in 2000. John KUFUOR of the opposition New Patriotic Party (NPP) succeeded him and was reelected in 2004. John Atta MILLS of the National Democratic Congress won the 2008 presidential election and took over as head of state. MILLS died in July 2012 and was constitutionally succeeded by his vice president, John Dramani MAHAMA, who subsequently won the December 2012 presidential election. In 2016, Nana Addo Dankwa AKUFO-ADDO of the NPP defeated MAHAMA, marking the third time that Ghana’s presidency has changed parties since the return to democracy.

Facts About Ghana on Natural Resources: Ghana is located in west Africa, bordering on the Gulf of Guinea. Ghana is bounded by Côte d’Ivoire to the west, Burkina Faso to the north, Togo to the east, and the Atlantic Ocean to the south. Ghana’s natural resources are gold, timber, industrial diamonds, bauxite, manganese, fish, rubber, hydropower, petroleum, silver, salt, and limestone.

Facts About Ghana on Language; Two of the most widespread are the Twi language of the Ashanti people – which is spoken in the southern and central regions – and the Dagbani language of the Dagomba people – more commonly spoken by people in areas to the north.

However, the Akan people – used a form of symbolic depiction known as Adinkra. Adinkra was used on everything from fabrics, jewellery, and pottery, to walls, architectural elements, and on the weights used in trading gold. Personal and home accessories, as well as clothing incorporating these symbols, can be purchased from Ghana’s many artisans.

Modern Ghanaians communicate across linguistic barriers using English as a unifier. About half of the country speaks English, and it is one of the nation’s official languages. In fact, even Ghana’s National Anthem is sung in English.

Facts About Ghana on Economy: Ghana has a market-based economy with relatively few policy barriers to trade and investment in comparison with other countries in the region, and Ghana is endowed with natural resources. Ghana’s economy was strengthened by a quarter century of relatively sound management, a competitive business environment, and sustained reductions in poverty levels, but in recent years has suffered the consequences of loose fiscal policy, high budget and current account deficits, and a depreciating currency.

Agriculture accounts for about 20% of GDP and employs more than half of the workforce, mainly small landholders. Gold, oil, and cocoa exports, and individual remittances, are major sources of foreign exchange. Expansion of Ghana’s nascent oil industry has boosted economic growth, but the fall in oil prices since 2015 reduced by half Ghana’s oil revenue. Production at Jubilee, Ghana’s first commercial offshore oilfield, began in mid-December 2010. Production from two more fields, TEN and Sankofa, started in 2016 and 2017 respectively. The country’s first gas processing plant at Atuabo is also producing natural gas from the Jubilee field, providing power to several of Ghana’s thermal power plants.

As of 2018, key economic concerns facing the government include the lack of affordable electricity, lack of a solid domestic revenue base, and the high debt burden. The AKUFO-ADDO administration has made some progress by committing to fiscal consolidation, but much work is still to be done. Ghana signed a $920 million extended credit facility with the IMF in April 2015 to help it address its growing economic crisis. The IMF fiscal targets require Ghana to reduce the deficit by cutting subsidies, decreasing the bloated public sector wage bill, strengthening revenue administration, boosting tax revenues, and improving the health of Ghana’s banking sector. Priorities for the new administration include rescheduling some of Ghana’s $31 billion debt, stimulating economic growth, reducing inflation, and stabilizing the currency. Prospects for new oil and gas production and follow through on tighter fiscal management are likely to help Ghana’s economy in 2018.

The inventory of the Ghana Armed Forces is a mix of Russian, Chinese, and Western equipment; the top suppliers of armaments since 2010 are China, Germany, Spain, and Russia 2019 est.

Facts About Ghana’ Cedi: The cedi is the main currency in the country, and is divided into smaller units called pesewas. 100 pesewas make one cedi. The word cedi derives from the African word for cowry shell. The cowry is a small snail that is found in the sea. Originally, the actual shells from the snails were used as currency!

Facts About Ghana Lake Volta: This lake covers 3,200 square miles of the country, making it an important asset in terms of transportation, but also in terms of essential services like electricity. The lake has a dam called the Akosombo which uses the water from Volta to create electricity to supply the majority of the population of Ghana.

Facts About Ghana on Cocoa: Ghana is second only to the Ivory Coast in terms of its ability to grow and export cocoa beans for consumption all over the world. Production occurs in the most densely forested areas of the country, which are places like the Ashanti and Volga regions. Harvesting of beans starts in October every year. All legally sold cocoa is exported through the country’s dedicated Cocoa Marketing Board.

Ghana Is the World’s 7th Largest Producer of Gold

Facts About Ghana on Gold: Ghana facts tell us that as of 2015, the country is the 7th largest producer of gold in the world. In 2012 alone it produced 102 tons of the precious metal. It is the second largest producer of gold in Africa, with South Africa in prime position. Alongside Ghana’s gold production, the country also has the 9th largest diamond reserve in the world.

Ferdi Ato Abobe from Ghana is the current world record holder for the fastest time walking 100 meters backwards. He managed it in an impressive 13.6 seconds. The record was equaled by Roland Wegner in 2007, but Abobe is still a record holder as he also holds the same title for running backwards over a distance of 100 yards. This feat he managed in 12.7 seconds.

Facts About Ghana on Elmina Castle. It is the oldest European built construction in Sub-Saharan Africa. It was built by the Portuguese around 1482 and its name translates as gold mine. However, it has a sad history and serves as a pertinent reminder to the brutal past of the colonial world. The castle was once used to store slaves before they were shipped off and taken to the Americas.

Facts About Ghana on Kente: Kente is also known by the name Nwentom and is produced in the southern half of the country. It is a cloth which is woven from silk and cotton and was originally held in such high esteem that only nobility and royalty would wear it. Nowadays, it is much more widespread in its use but is still held in very high esteem by the Akan peoples of the country. It is defined by its bright, dazzling color and often geometric patterns which make it really stand out.

Facts About Ghana: When the country achieved independence in 1957, it took its new name from The Ghana Empire. The word Ghana roughly translates into English as Warrior King or <>. Prior to this, the country had been known as the Wagadou Empire for around 300 years. The capital, Accra, also has an unusual translation – it comes from the African word Nkran meaning ants. It is so-called as there is an abundance of anthills in the areas surrounding the city.

The first names of children of Akan tribes – like the Fante and Ashanti – are based on the day of the week on which they were born. It is said that your name influences aspects such as your spiritual and professional path, and your personality.

Facts About Ghana on Culture and Tradition

Facts About Ghana on tradition: Polygamy is legal and people do not have a problem with the polygamous families in so far as the breadwinner can sufficiently provide for the families. However, marrying more than one wife is most often than not a reserve for the wealthier as well as powerful members of the society.

Traditionally, Ghana as a nation was divided into three different castes namely, royals, commoners, and slaves. Up to date, the traditional class stratification is still recognized although slavery is not prominent in today’s Ghana.

We hope you enjoyed reading: “Facts About Ghana Also Known As The Gold Coast”, Thanks for reading and please do share. 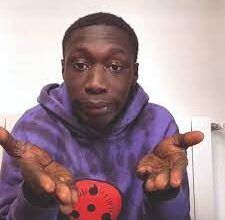 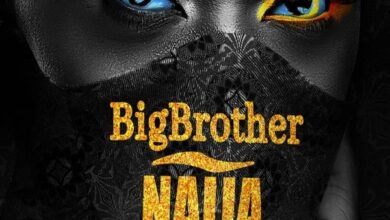 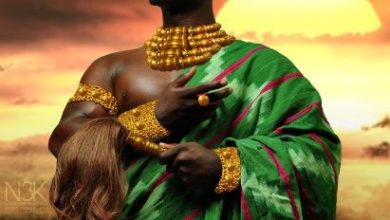