Africa Facts Zone presents Facts about Madagascar: 59 years ago today, Madagascar became a fully independent and sovereign state from French rule. A series of events led to this point. The Franco-Hova Wars or Franco-Malagasy Wars between 1883-1886 were military interventions that led to the overthrow of the monarchy of the Merina Kingdom and led to Madagascar becoming a French colony. This remained the case until Madagascar gained independence in 1960.

In 1947, there was a nationalist uprising which ended after several months but led to loss of lives. By 1956, the French created reformed institutions to aid in moving Madagascar towards becoming an independent state.The republic of Malagasy was declared on October 14, 1958 within the French community and the country gained full independence on June 26, 1960. 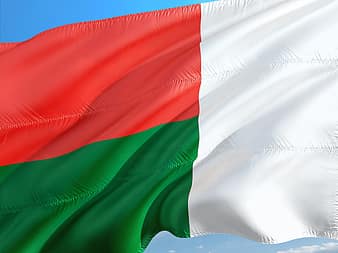 Madagascar was one of the last major habitable landmasses on earth settled by humans. While there is some evidence of human presence on the island in the millennia B.C., large-scale settlement began between A.D. 350 and 550 with settlers from present-day Indonesia. The island attracted Arab and Persian traders as early as the 7th century, and migrants from Africa arrived around A.D. 1000. Madagascar was a pirate stronghold during the late 17th and early 18th centuries, and served as a slave trading center into the 19th century. From the 16th to the late 19th century, a native Merina Kingdom dominated much of Madagascar. The island was conquered by the French in 1896 who made it a colony; independence was regained in 1960.

Where is Madagascar Located

Madagasgar is Situated off the southeast coast of Africa, Madagascar is the fourth largest island in the world. Having developed in isolation, the island nation is famed for its unique wildlife.

Madagascar’s youthful population – just over 60% are under the age of 25 – and high total fertility rate of more than 4 children per women ensures that the Malagasy population will continue its rapid growth trajectory for the foreseeable future. The population is predominantly rural and poor; chronic malnutrition is prevalent, and large families are the norm. Many young Malagasy girls are withdrawn from school, marry early (often pressured to do so by their parents), and soon begin having children. Early childbearing, coupled with Madagascar’s widespread poverty and lack of access to skilled health care providers during delivery, increases the risk of death and serious health problems for young mothers and their babies.

Child marriage perpetuates gender inequality and is prevalent among the poor, the uneducated, and rural households – as of 2013, of Malagasy women aged 20 to 24, more than 40% were married and more than a third had given birth by the age of 18. Although the legal age for marriage is 18, parental consent is often given for earlier marriages or the law is flouted, especially in rural areas that make up nearly 65% of the country. Forms of arranged marriage whereby young girls are married to older men in exchange for oxen or money are traditional. If a union does not work out, a girl can be placed in another marriage, but the dowry paid to her family diminishes with each unsuccessful marriage.

Most Malagasy are multi-ethnic and multi religious. The main religions practiced in madagascar are Christianity, Traditional, Islam.All this reflects the island’s diversity of settlers and historical contacts. Madagascar’s legacy of hierarchical societies practicing domestic slavery (most notably the Merina Kingdom of the 16th to the 19th century) is evident today in persistent class tension, with some ethnic groups maintaining a caste system. Slave descendants are vulnerable to unequal access to education and jobs, despite Madagascar’s constitutional guarantee of free compulsory primary education and its being party to several international conventions on human rights. Historical distinctions also remain between central highlanders and coastal people.

Madagascar is a mostly unregulated economy with many untapped natural resources, but no capital markets, a weak judicial system, poorly enforced contracts, and rampant government corruption. The country faces challenges to improve education, healthcare, and the environment to boost long-term economic growth. Agriculture, including fishing and forestry, is a mainstay of the economy, accounting for more than one-fourth of GDP and employing roughly 80% of the population. Deforestation and erosion, aggravated by bushfires, slash-and-burn clearing techniques, and the use of firewood as the primary source of fuel, are serious concerns to the agriculture dependent economy.

After discarding socialist economic policies in the mid-1990s, Madagascar followed a World Bank- and IMF-led policy of privatization and liberalization until a 2009 coup d’état led many nations, including the United States, to suspend non-humanitarian aid until a democratically-elected president was inaugurated in 2014. The pre-coup strategy had placed the country on a slow and steady growth path from an extremely low starting point. Exports of apparel boomed after gaining duty-free access to the US market in 2000 under the African Growth and Opportunity Act (AGOA); however, Madagascar’s failure to comply with the requirements of the AGOA led to the termination of the country’s duty-free access in January 2010, a sharp fall in textile production, a loss of more than 100,000 jobs, and a GDP drop of nearly 11%.

Madagascar regained AGOA access in January 2015 and ensuing growth has been slow and fragile. Madagascar produces around 80% of the world’s vanilla and its reliance on this commodity for most of its foreign exchange is a significant source of vulnerability. Economic reforms have been modest and the country’s financial sector remains weak, limiting the use of monetary policy to control inflation. An ongoing IMF program aims to strengthen financial and investment management capacity.

Madagascar has an all-volunteer military; 18-25 years of age for males; service obligation 18 months; women are permitted to serve in all branches (2018).

the PAF’s inventory consists mostly of ageing Soviet-era equipment; since 2010, the only equipment it has received were second-hand helicopters and a transport aircraft from South Africa in 2018-19 (2019 est.)

Other Facts About Madagascar

1.Madagascar is known as the 8th continent of the world

Facts about Madagascar: A country like no other, a scenic tourist destination, the fourth largest island in the world and home to lemurs and other species that cannot be found anywhere else in the world, Madagascar’s uniqueness has led some to class it as the Eight continent.

Facts about Madagascar: The Lamba is the traditional garment worn by both men and women. The word “lamba” itself simply means ‘cloth’ or ‘clothing’.  It is a rectangular piece of cloth that is wrapped around the body.

3 .Home to thousands of species of animals that cannot be found anywhere else on earth

Facts about Madagascar: Madagascar’s wildlife reflects that over 160 million years ago, the island was isolated from the African continent. Leading to wonderfully bizarre and extraordinary animals and plant species that have evolved over time. Some of the animals known to only live in Madagascar include numerous sub species of lemurs such as the Ring tailed lemur, Red-ruffed lemur and the Red-fronted brown lemur. Other animals include Flying foxes which are bats that feed on fruit, the narrow striped mongoose and Tenrecs which are unusual insectivores.

Facts about Madagascar: Although majority of the Malagasy population is Christian (Catholic or Protestant) which was introduced by missionaries, the Malagasy have not forgotten their traditional animist beliefs. The Malagasy for example often refer to a single god/creator of the world called Zanahary and many continue to make reference to ancestors.

Facts about Madagascar: Moraingy also known as Malagasy boxing is an official sport on the island. It involves no weapons or body protection just mere bare knuckle fighting. Scratching, pinching, hair pulling and striking vital points of one’s body is forbidden.  Its origins have been traced back to the 15th century. The sport holds the shortest round duration among global fighting sports.

Facts about Madagascar: Madagascar is richly populated by people from diverse backgrounds. Traditions and culture across the island reflect the influence of Arab, Indian, British, French and Chinese settlers.

Facts about Madagascar: With the island being influenced by French, Indian, African and Arabic cultures. The food is different from the staples of other African countries. With the exception of lots and lots of rice, flavour combinations include ginger, garlic, vanilla and curry powder. A common dish is lasary which is made from tomatoes and green onions and is used a side dish or sandwich filling.

Facts about Madagascar: There are more than 12,000 species of exceedingly diverse plants growing in Madagascar and with little access to medical care, the Malagasy people use plants for medicinal treatment. However, beyond traditional herbal remedies, species
such as the Madagascar periwinkle, are harvested to produce drugs used to treat Hodgkin’s disease, Leukemia, and other cancers.

9. Malagasy Worship Their Ancestors In A Unique Way

Facts about Madagascar: So much so that they exhume buried relatives, rewrap them in fresh grave clothes and them dance with them around the tomb. It’s a way of staying connected with departed relatives and paying their respects.

Despite what you may think of this,  it’s considered extremely rude for travellers to make any comments about how strange it is.  So while it’s fine to respectfully ask questions, keep any negative opinions to yourself.

10. Half Of The World’s Chameleons Can Be Found In Madagascar

Facts about Madagascar: It’s not just lemurs, that are unique to Madagascar. Of the world’s ~ 150 species of chameleons, more than half of them can be found in Madagascar.

And an impressive 59 are endemic to  Madagascar. Many are endangered and one factor is the pet trade.  So please do not buy a chameleon as a pet. See them in the wild where they belong. 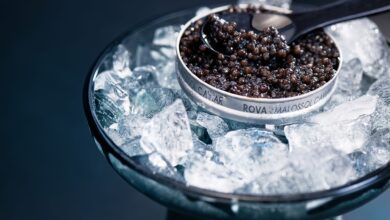 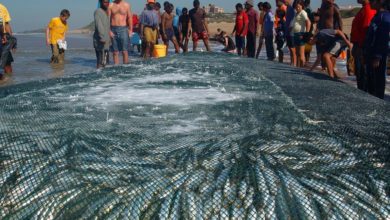 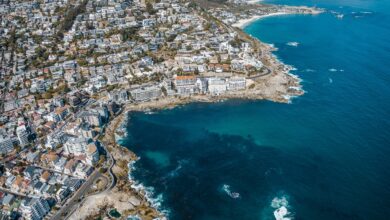