‘Fem’ is a popular slang in Nigeria, which simply means ‘shut up’. Derived from the Yoruba Language, fem is popularly  used as slang in Nigerian homes and schools to caution a child and tell them to shut up. Fem was later polarized by Nigerian music sensation Davido.

Though, some section of local media reported that Davido used hit single to diss another big and popular Nigerian singer, because of some of the words in the FEM lyrics:

“Then Odogwu say we ‘Like To Party’ just call me…:”

That rival clearly is Burna Boy. And a clear reference to the self-styled African Giant is just one of 3things that mark out ‘Fem’ as a strategic song.

Davido has Burna Boy at the receiving end, even if there is only one line that semi-explicitly refers to Burna Boy: “Tell Odogwu that we love to party”.

Fem’ How did we get here?

He also said that Tiwa Savage, Nicki Minaj and others will be featured on the album. Then on May 22, 2020, Davido took to his Instagram stories to post that his album, ‘A Better Time’ would again drop in July.

On Burna Boy’s Instagram stories came the following message, “July will be very funny and I shall laugh accordingly.”

A little while later, Davido posted a photo of himself and Wizkid as edited by AyoAfrica on his Twitter and wrote, “The two greatest of all time, no [cap].” He then gave AyoAfrica a sum of one million naira.

While the subs slowed down between the pair a little while later, people questioned what caused such bad blood between two superstars. It was especially confusing because Davido celebrated Burna Boy’s Grammy nomination on social media just a few months earlier.

Equally, at Burna Boy’s show in December 2018, Davido and DMW stormed the show and shut it down.

After that infamous May 22, 2020 moment where Davido and Burna Boy appeared to trade sporadic subs, Aloma – a strong member of Davido’s DMW/30BG camp and boss of Aloma Music Worldwide took to social media to threaten Burna Boy.

If there were any doubts as to the accuracy of an ‘exchange’ of subs between the superstars, they appeared to be cleared up by Aloma’s actions.

The things Aloma said appeared to be backed up by Davido’s lyrics on, ‘FEM.’ Davido found a bridge between a man who sounded like the victim when he sang, “Why dem come dey para for me?” and appearing to issue out threats, “Na why 30 BG, dem go para for you o…”

He also sang, “Before the matter gets serious, before the whole matter gets dangerous, you need to make sure you don’t say too much coz if you say too much, I fit run up on you… I get men, I nor dey gather boys.

“I just dey live my life, man dem turn am to shoot on sight. Why? E be say na me dey give them life… Make una tell am to call me…”

What’s the root of all these?

Pulse Nigeria did some digging into the issues that could have pushed both superstars into the depths of a beef after significantly showing each other love in previous years.

Two sources close to both camps who refused to be named gave similar accounts. They intimated that issues between Davido and Burna Boy began after Burna Boy didn’t award Peruzzi a songwriting credit for his 2019 single, ‘Pull Up.’ That credit would have meant Peruzzi got Grammy-nominee right for African Giant.

As anybody knows, Peruzzi has been a family member of the DMW camp for about three years now. After the songwriting debacle between Aristokrat Records act, Ceeza Milli and Burna Boy, the Grammy nominated ‘African Giant’ confirmed that he had never had help on any song except one song – co-written by Peruzzi.

That moment corroborated points that Peruzzi was a co-writer of, ‘Pull Up.’ Equally, another problem that arose came off Coming To America 2 after Davido got a place on the album soundtrack over Burna Boy. Word on the street is that Burna Boy feels slighted about actions around Davido getting the gig.

Nonetheless, Davido was seen rocking to Burna Boy’s ‘23’ recently and you can watch that below;

It’s also quite interesting that both of these Nigerian artists had their respective 2019 albums get streamed over one billion times. 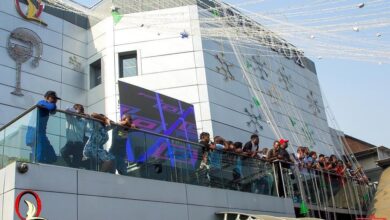 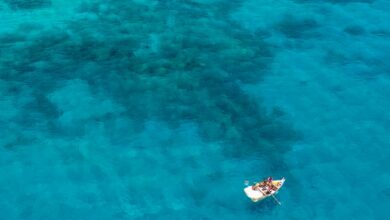 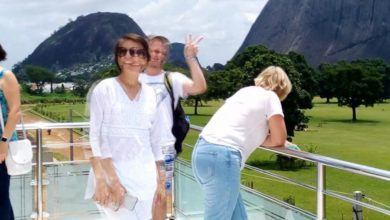