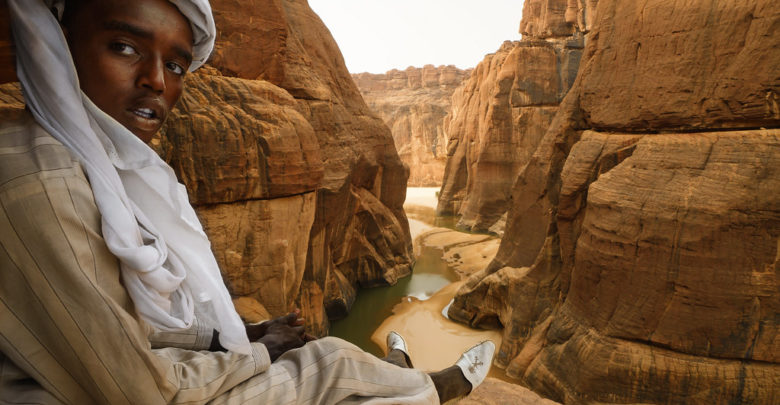 ARica facts zone presents Guelta d’Archei. It’s not every day that you come upon a hidden gem in Africa. Guelta d’Archei, the North African word for an arid lake – but that is exactly what you will find here.

A guelta is a particular form of wetland that is distinctive of desert regions. It is created when underground water in lowland depressions rushes to the surface and generates permanent pools and reservoirs, which are then replenished by rains. Guelta d’Archei is a canyon on the Ennedi Plateau in north-eastern Chad, concealed behind a mountain range. It is one of the world’s largest canyon.

For millennia, caravans have halted at the canyon to water their camels because to its steep terrain. The grunts and bellows of hundreds of camels can be heard ringing around the canyon walls as they sip the dark water of the guelta on a regular basis. The river got dark due to the dung of thousands of camels discharged over hundreds of years.

Guelta d’Archiei, The Hidden Treasure Of Africa: A Brief Overview of Its History

The Guelta d’Archei is one of the most well-known gueltas in the Sahara and a “Hidden Treasure of Africa,” according to National Geographic.

The Guelta d’Archei is a thousand-year-old remnant of a time when this country was greener, and it stands in stark contrast to the bleak environment of today. Painted figures on the rising rock walls date back to the Holocene epoch, more than 5,000 years ago, when the desert was in bloom and life was abounding.

Water from the Guelta d’Archei’s deep subsurface water table provides a continuous oasis in the middle of the desert. This secret oasis, situated amid the wind-eroded towers of the Ennedi Massif, has long been a well-known pit stop for desert travellers, and it has been for a very long time.

Camel caravans going across the Sahara halt here to relax and refill their water supplies, and the canyon walls are constantly echoed by the roaring of the camels passing through.

Animal Inhabitants Of  Guelta d’Archei, The Hidden Treasure Of Africa

More than a dozen distinct species of animals live in the Guelta d’Archei. The Guelta d’Archei is home to a variety of fauna, including uncommon desert antelopes (known as “oryx”) and frogs. Apart from the vast camel caravans, the small Nile crocodile is the most regularly seen animal in this region. The West African crocodile, which was once considered to be a synonym for the Nile crocodile, is the most common species of crocodile observed here.

One of the last known Nile crocodile colonies in the Sahara, and it is one of the most endangered animals on the globe. Caught in the act, the crocodiles prey on fish that have thrived on algae that have flourished in streams fed by camel droppings.

They are now fully depending on the camels that have come to visit them for their livelihood. The volume of camel droppings in the water resulted in large blooms of algae, which is the principal source of sustenance for the crocodiles.

Pools like this one offer a shelter for the few surviving animals in the region, who are in serious need of rescue.

The Guelta d’Archei is situated on the Ennedi Plateau in north-eastern Chad, deep in the Sahara desert, approximately 25 miles southeast of the town of Fada. It is one of the world’s most perilous locations to go. Arrangements for journeys to the guelta may be made in the capital N’Djamena, but be prepared for a lengthy and strenuous journey.

To get to the guelta, you must first travel through the desert by 4×4 (or camel, if you wish), and then walk for a few hours over the desert to reach the location. Another alternative is to get a ticket to Fada and then make your travel plans from there. It goes without saying that you should use caution while approaching or in the dung-blackened water. 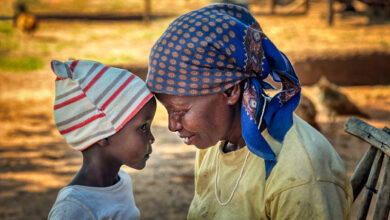