Africa facts zone presents one of Africa’s most fascinating footballer Mohamed Salah also known as Mo Salah. Mo Salah is a professional football player from Egypt. Among the numerous African professional football players making the continent proud in faraway Europe, Mohamed Salah stands out. He currently plays as a forward for Liverpool (English club) and the Egypt National Team. The Egyptian wonder boy has captivated the mind of many, home and abroad. His unexpected rise to the pinnacle of football excellence has caught many off guard. He represents a thorn in the flesh for opponents, as well as a great attacking addition to a team lacking the right attacking wits and skills. Without further ado, let’s examine the life of this great sportsman in our latest Mohamed Salah Biography facts, childhood, career and personal life.

Salah was given birth to on June 15, 1992, in Nagrig, Egypt. His parents were of middle-class social status.

Salah was declared a failure in academics which was of huge concern to his parents. Salah focused on football after finding out he could not strike a balance between academics and football.

Swiss football club side had been interested in Salah, monitoring his activities for a while. Following the suspension of the Egyptian Premier League, a friendly was organized with the Egyptian U-23 side, which they won. After their loss, Salah was invited to train with Basel. Finally, in April 2012, Salah agreed to a four-year contract with the Swiss side. Salah’s debut season was quite successful, advancing to the Europa League semi-finals as well as claiming the Swiss Super League season and emerging runners-up in the Swiss Cup. Salah also won the 2013 Uhrencup. In the Champions League, Salah helped Basel prevail over English-side Chelsea scoring the winning goal against Chelsea in a 1-0 home win after equalizing in a 2-1 away win.

Following Salah’s performance against Chelsea in the UEFA Champions League, it was announced that Salah had agreed to a deal which will bring him to London. The deal was reported to be worth around 11 million pounds. The move was finally sealed three days after the announcement.

Happy birthday to the African legend, one of the best players I have played with . happy birthday my bro.. @didierdrogba

Salah debuted for Chelsea as a substitute in the premier league on February 8 2014. In the 2014–2015 season, Salah’s future at Chelsea seemed to be hanging in the balance, after his request for an Education scheme was rescinded by Egypt’s Minister of Higher Education. This meant that Salah could be forced to carry out military service in Egypt. However, Salah was exempted from carrying out military service following a meeting with Egypt’s Prime Minister, Minister of Higher Education and national manager. Salah was left out of play for Chelsea in the 2014–2015 season before he was loaned to Fiorentina.

On February 2, 2015, before the end of the transfer season, Chelsea loaned Salah for an 18-month period to Serie A side, Fiorentina. Salah chose the no. 74 jersey in honour of the port said stadium riot victim in Egypt. Sarah debuted for Fiorentina as a 65th-minute substitute in a victory over Atlanta. Salah was a really great addition to the Fiorentina squad helping them prevail over formidable opponents. At the end of the season, Fiorentina wanted to make Salah’s 18-month loan permanent, which Salah refused and opted to join Roma.

In August 2016, Salah joined Roma for a season worth about 5 million Euros, with an option to make the deal permanent for 15 million Euros.

Salah also had a successful run with Roma which earned him Player of the season. Salah also finished the season as the A.S. Roma’s top scorer. In 2016, Roma made Salah’s deal permanent. His second season with Roma was also successful.

Also Read: River Nile in Egypt’ The Longest River In The World

Salah agreed to a move to Liverpool in June 2017, worth an initial 42 million euros which could increase to 50 million euros. On arrival at Anfield, Salah was handed the no.11 jersey previously worn by Roberto Firmino. Salah was Liverpool’s first Egyptian signing. In his debut for Liverpool, he scored in a 3-3 draw against Watford. That August, Salah was awarded Liverpool’s Player of the month for his remarkable performance.

Yesterday was surreal. Thanks to everyone for making the city feel like… Anfield!

Salah had a successful run for the remainder of the season. Salah broke Liverpool’s record for scoring 36 times in his debut season. He became the leading goalscorer in Europe’s top fiver beating Lionel Messi and Harry Kane to the feat. On April 28, 2018, Salah won the PFA Player’s Player of the Year award. Salah had been named to the PFA Team of the Year. Salah helped Liverpool to the Champions League Final against Real Madrid where he was substituted after suffering a shoulder injury in the 30th minute. On July 2, 2018, Salah signed a long-term contract with Liverpool. In August 2018 Salah was shortlisted to the final three for the UEFA Men’s Player of the Year which he emerged third, the UEFA Forward of the season where he came third as well as the best FIFA Men’s Player where he finished third. He was however awarded the 2018 Puskas Award.

Salah had appeared for the Egyptian U-20 and U-23 side 11 times representing them in the 2011 FIFA U-20 World Cup as well as the 2012 Summer Olympics. He debuted for the senior national team in 2011. After missing three consecutive Africa Cup of Nation Finals. Salah was part of the squad that led the Egyptian side to the 2017 Africa Cup of Nations. Salah led the team to the Africa cup of Nation Final, which earned him a place in the CAF Team of the tournament.

Salah also aided the Egyptian side to the World Cup, where they had a bad outing. On September 8, 2018, Salah helped his side qualify for the 2019 AFCON.

Salah is known to be a Muslim. He got married to his wife, Maggi, on December 17, 2013, in his hometown Nagrig. Together, they gave birth to their daughter, Makka in 2014. 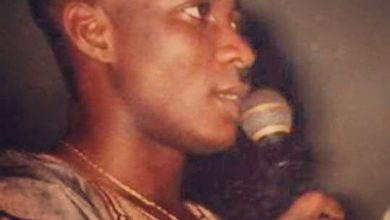 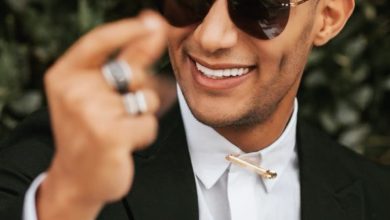 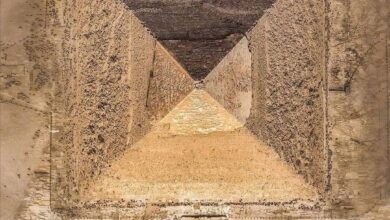