When Nana Osei Tutu was called on eternity, he was succeeded by his grand nephew, OTUMFOƆ OPOKU WARE l. According to oral tradition, he had his own peculiar way of warfare and annexation.

OTUMFOƆ OPOKU WARE l On his march, he would, always send messengers to the Chief of any state he got to, and ask him to join him for war. If the Chief agreed, he would join hands with him and give him the necessary ammunition. If he refused, Nana Opoku Ware and his army would march on him, conquer him and annex his territory to the Kingdom. 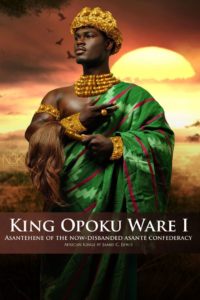 Before OTUMFOƆ OPOKU WARE l death in 1750 he had added Sefwi, Bono and Gyaman States to Asante Kingdom. He fought the Akyems on two occasions and defeated them, took most of their lands and added them to the Asante Nation.

OTUMFOƆ OPOKU WARE l declared, “From today going, you are no longer Akyem people but Asante – Akyem people” and that short paraphrase constituted the Asante – Akyem Province being part of Asante Kingdom. This was done to avenge Otumfuo Osei Tutu’s death when crossing river Pra.

It was during one of his wars with Akyems that Ebirimoro, Chief of Sefwi, and his troops invaded Kumasi and took many of the women and children as captives When the King heard the news he immediately despatched Amankwaatia, Chief of Bantama and his troops to rescue the situation

Ebirimoro was chased and beaten. Ahafo, which was their land was annexed to the Asante land. This incident brought about the creation of Home Guard in the Asante Military build up. This was created so that there would always be soldiers guarding the home whenever she was at war.

Extension of The Asante Kingdom by OTUMFOƆ OPOKU WARE l 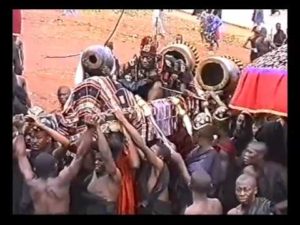 According to W.E.F Ward, the boundaries of Asante Kingdom extended to the;

2. In the North to River Tain.

3. In the East to River Volta.

4. And in the south to River Pra and Tano before the death of Nana Opoku Ware.

How Otumfoɔ Opoku Ware I Succeded 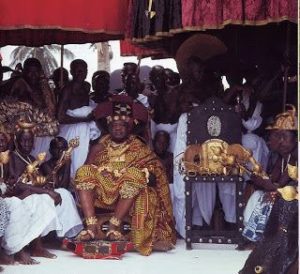 The success of OTUMFOƆ OPOKU WARE l’s reign could be attributed to the following factors:

1. OTUMFOƆ OPOKU WARE l successfully subdued internal revolt. First it was odd for a grand nephew should ascend the throne whereas the nephews of Nana Osei Tutu like Kusi Obodum, who later ascended the stool after Opoku Ware’s death were there.

This might caused some revolt among royals but since Nana Osei Tutu has willed that the grand nephew should be enstooled, and since Opoku Ware proved himself capable, he was better qualified to be the king.

This initial problem of who should be the King spurred the conquered states on to fight and crush the new Nation. The Akyem Kotokus took this opportunity to crush the state but they were again defeated on occasions. This earned OTUMFOƆ OPOKU WARE l the papers of the three Accra Forts

2. That his grand uncle had expanded the Asante Nation spurred him on to continue with the war of expansion. It could be said that Nana Opoku Ware had the following to his credit:

a. He consolidated the foundation laid by Nana Osei Tutu by subduing internal revolt.

c. He earned the papers of Accra Forts for Asante Nation when he defeated the Akyems. 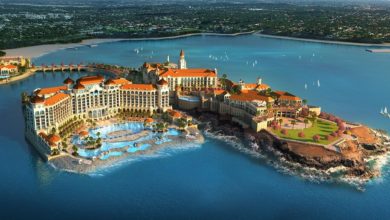 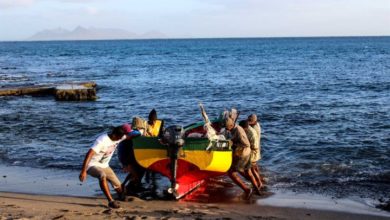 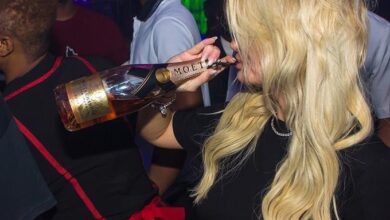 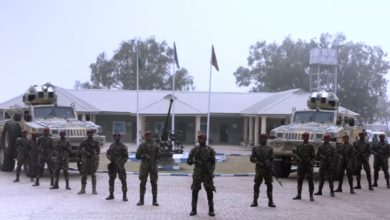