The plains around Mount Kilimanjaro are dry and hot, covered with savannah and semi-desert vegetation but on the hillsides of Kilimanjaro grow lush tropical prehistoric plants.

Mount Kilimanjaro massif started to form some 3 million years ago, and the last major eruptions took place some 350,000 years ago. This is a long time enough for the development of unique species on this isolated mountain.

One of the most visible & distinct of those species is the giant groundsel varietal Dendrosenecio kilimanjari.

Something like a cross between a burned-up cactus and a pineapple, Dendrosenecio kilimanjari is giant groundsel that can only be found on Kilimanjaro. These prehistoric plants inhabit the middle altitudes on the Shira Plateau and around Barranco Camp.

The groundsel has a remarkable adaptation process to carve out an existence in such a forbidding environment—that high up the mountain, temperatures regularly dip below freezing overnight—the plants have evolved water storage in the pith of the stem, nyctinastic leaf movement (which means the leaves close when the temperature drops too far), a natural “anti-freeze,” and self-insulation through withered and dead foliage.

Evolution is really the game’s name for giant groundsels, both on Mount Kilimanjaro and on other East African mountains. None of the prehistoric plants are the same, but it’s guessed that they all evolved from common groundsel around a million years ago, climbing higher and higher up the slopes via the slow process of windborne seed distribution (which would move the plants no more than a few meters at a time).

Dendrosenecio kilimanjari is slow growing but can reach a height of 20 feet high. It seems fitting: the tallest free-standing mountain in the world has the tallest mutant weeds! 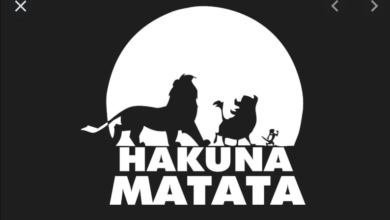