Showmax is an online subscription video on demand (SVOD) service which launched in South Africa on 19 August 2015. Showmax is a part of MultiChoice Group which itself is a spin-off of Naspers. Showmax offers consumers a free 14-day trial.
Life With Kelly Khumalo | Watch eps 1-6 now; eps 7-13 due 27 August 2020 on Showmax

A household name by 21, Kelly Khumalo is one of South Africa’s biggest music stars. She’s been named Best Female Artist at the South African Music Awards, sold millions of albums, opened for Grammy-winner Missy Elliott and has over 1.7 million followers on Instagram alone.

But in recent years, her stardom has been dogged by controversies, from her turbulent relationship with her son’s father, hip-hop star Jub Jub, and the conspiracy theories surrounding the death of her daughter’s father, Bafana Bafana captain Senzo Meyiwa to her recent ‘divorce’ from her sister, Zandie.

Life With Kelly Khumalo offers an intimate glimpse of the woman behind the headlines: a single mother of two, juggling parenting with the build-up to the release of not just her new album, Voice of Africa, but also her first gin, appropriately titled Controversy – both threatened by South Africa’s unprecedented Covid-19 lockdown.

“I’ve always been an authentic person,” says Kelly. “So this reality show is not so much about trying to explain myself or trying to win people over. I just want people to see me for who I am. All I can do is live my truth and let people be inspired by that.”

At the end of July 2020, Rafiki was named Outstanding Film – Limited Release at the Glaad Media Awards, which recognise and honour media for their fair, accurate and inclusive representations of the lesbian, gay, bisexual, transgender and queer (LGBTQ+) community and the issues that affect their lives. Rafiki beat out the likes of Pedro Almodóvar’s Pain and Glory, nominated for both Oscars and Golden Globes this year; 2020 Golden Globe and Bafta nominee Portrait of A Lady On Fire; Sundance audience award winner Brittany Runs a Marathon; and South African favourite Kanarie, starring Schalk Bezuidenhout.

“Good Kenyan girls become good Kenyan wives,” but Kena (Samantha Mugatsia, who won Best Actress at Carthage 2018 and Fespaco 2019 for the role) and Ziki (Sheila Munyiva) long for something more. When love blossoms between them, the two girls are forced to choose between happiness and safety.

Rafiki has a 94% critics rating on Rotten Tomatoes, with Variety calling it “impossible not to celebrate”; RogerEbert.com “a lyrical ode to finding a kindred spirit amidst an uncaring majority”; AV Club “bursting with life”; and Washington Post “a small revelation, not least because it marks the breakthrough of a filmmaker of such exhilarating, cheerfully courageous vision.”

Rafiki was nominated for the Un Certain Regard and Queer Palm Awards at Cannes 2018. The movie catapulted director Wanuri Kahiu onto Time Magazine’s 100 Next list in 2019 and launched her career internationally. She’s now adapting Octavia Butler’s Wild Seed for Amazon Prime and Ali Benjamin’s The Thing About Jellyfish for Universal, among other projects.

Big Brother Naija Lockdown, which started on 19 July, has already broken a Showmax live-streaming record and become the most-watched live entertainment content ever on the streaming service. If watched back to back, the collective number of hours of the show streamed this season already add up to almost 30 years’ worth of viewing.

This year Showmax is live streaming the full show 24/7, and judging by the viewing statistics, BBNaija fans have enthusiastically taken to watching it online. The evictions are the most popular part of the show, with viewing peaking at 7pm on Sundays.

Capitalising on the success of BBNaija and the massive interest in the evictions, in a new development Showmax has added the Big Brother Naija Nomination Show. During the live eviction show, the contestants are called in by Big Brother to vote out two housemates. These Diary Room voting sessions, which aren’t seen in the course of the live stream show, are now available every Monday evening to watch on Showmax.

With the Big Brother Naija S5 finale coming up fast on 27 September 2020, and also being live streamed on Showmax, more viewing records are expected to fall.


The Train Of Salt And Sugar | Watch now

Mozambique is in the midst of civil war. A single train connects Nampula to Malawi. No civilians are allowed and yet hundreds risk their lives through 700km of sabotaged tracks. Salomão and Taiar are two soldiers who don’t get along. Rosa is a young nurse on her way to her first job, who soon becomes an object of desire. Mariamu, her close friend, only hopes to trade salt for sugar. Amongst bullets and laughter, life goes on and stories unfold as the train advances under attack, ever so slowly, towards the next stop.

Directed by award-winning Mozambican filmmaker Licínio Azevedo (Virgin Margarida), and co-produced by South Africa’s Urucu Media (The Wound, This Is Not A Burial, It’s A Resurrection>), The Train of Salt and Sugar won the Independent Italian Critics Award for best film at Locarno 2016, as well as Best Film at Carthage and Johannesburg, not to mention Best Director at Cairo, among other honours.

The Hollywood Reporter called it: “Stirring and heartfelt… An epic tale of peril and endurance on an arduous cross-country journey,” while Variety called it “a harrowing account of the extraordinary risks ordinary people were forced to take in order to survive the country’s brutal civil war.”

For South African fans dying to see the latest season of the Bafta-winning reality show Love Island UK, the long wait is finally over. And it’s all the more delicious because this is the season that was filmed at a villa in Constantia, Cape Town.

Laura Whitmore of Strictly Come Dancing and ‘m a Celebrity, Get Me Out of Here! fame is this season’s new host for the drama-packed reality show, where single hopefuls flirt, date, break up and make up while trying to capture the hearts of viewers, who will vote for their favourite couple to take home the £50k prize money.

Inspired by the life of struggle icon Winnie Madikizela-Mandela, the 30-minute short film “Joko Ya Hao” tells the story of Nozizwe, a deeply spiritual Christian woman whose convictions lead her to defy the gender norms of the 1950s and those who believe women don’t belong in politics, leaving her village in Gracetown to fight the oppressive regime and seek help for her people.

Sauti Sol have won an MTV Africa Music Award for Best Group, an MTV Europe Music Award for Best African Act and four All Africa Music Awards. They’ve dined and danced with Barack Obama at State House. They’ve collaborated with Sho Madjozi, Patoranking, Tiwa Savage, Spoek Mathambo, Yemi Alade and India Arie. They’ve had over 150 million views on YouTube. And now, they are offering their fans a glimpse into their lives with the brand-new reality series Sol Family, created by Eugene Mbugua (Our Perfect Wedding).

The 13-part series, which also airs on Maisha Magic Plus, explores the lives of band members Bien, Chimano, Polycarp and Savara, exploring how it all began, their music-making process, and the relationships that matter most to them. Sol Family also introduces Nviiri the storyteller and Bensoul, the two artists who make up Sauti Sol’s passion project, Sol Generation family – a record label launched by the band in 2019 to build their legacy and nurture young music talents in Kenya.

A filmed account of the stage version of Sindiwe Magona’s novel about the tragic killing of Amy Biehl during the pre-election violence of 1993, Mother to Mother explores the difficult channels of forgiveness, redemption and reconciliation from the perspective of the mothers of the killer and the victim. Based on the intimate one-woman play staged by singer, actress and playwright Thembi Mtshali, Mother to Mother seeks an understanding from the mother as she explains the direct consequences of Apartheid, which influenced her son’s actions. Interspersed with the filmed theatrical production are personal interviews with Magona and Mtshali, as well as with students from the Western Cape.

Directed by Sara de Gouveia (The Sound of Masks, Mama Goema), Mother to Mother comes to Showmax straight from its world premiere at the 2020 Encounters International Documentary Film Festival, who praised the documentary as “an engaging and thought-provoking work of cinema that expands our collective humanity.” 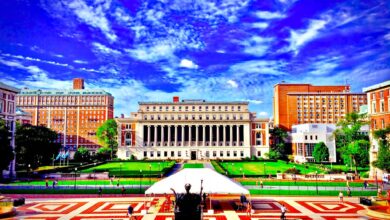 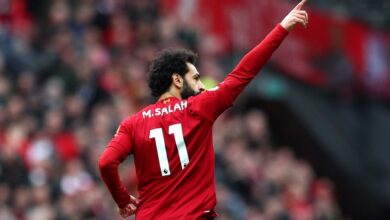 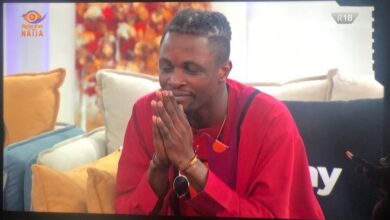 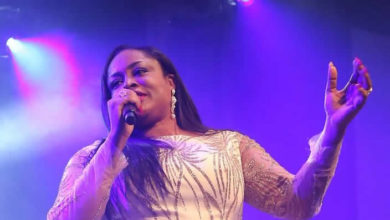