Africa Facts Zone presents the Kingdom of Kush. Kush was an ancient kingdom in Nubia, centered along the Nile Valley in what is now northern Sudan, helped define the political and cultural landscape of northeastern Africa for more than a thousand years.

The Kingdom of Kush

Kush was a part of Nubia, loosely described as the region between the Cataracts of the Nile. The Cataracts of the Nile are a series of six whitewater rapids that have been used as key waypoints for thousands of years. The first cataract roughly corresponds to the modern area of Aswan, Egypt, while the sixth lies more than 1,100 kilometers (720 miles) south, north of Khartoum, Sudan.
Ancient Nubian cultures were sophisticated and cosmopolitan, as the region served as a major trading center for goods from the African interior, Arabian desert, and Mediterranean basin.
From sub-Saharan Africa, Nubian communities traded gold, ivory, ebony, and animal pelts. Sometimes, merchants traded the animals themselves. African animals such as monkeys, elephants, antelopes, and giraffes were exported to private zoos across the Mediterranean and the Near East.
From Arabia, Egypt, the Maghreb, and the Mediterranean basin, Nubians imported products such as olive oil, incense, timber (mostly acacia and cedar), and bronze. The hazardous Cataracts of the Nile made sailing long distances along the Nile nearly impossible, so many goods from the Levant had to be imported from the Nubian east, through ports on the Red Sea.
The Kingdom of Kush is probably the most famous civilization to emerge from Nubia. Three Kushite kingdoms dominated Nubia for more than 3,000 years, with capitals in Kerma, Napata, and Meroë. 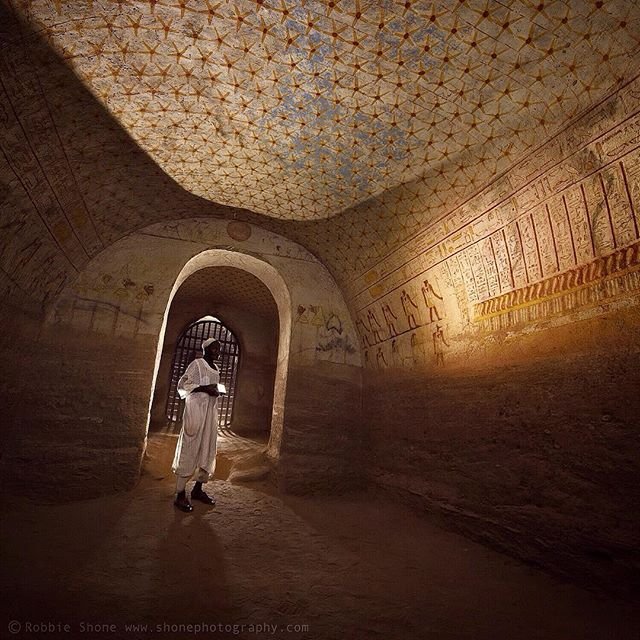 Kerma was the most powerful Nubian city-state between about 2450 BCE and 1450 BCE. It is sometimes considered Kushite, and sometimes pre-Kushite.
The Kerma kingdom controlled the Nile Valley between the first and fourth cataracts, making its territory as extensive as its powerful neighbor to the north, Egypt. Egyptian records are the first to identify this Nubian civilization as “Kush.”
Kerma culture seems to have been primarily rural, as the city of Kerma only had about 2,000 residents. Nubians of this period practiced agriculture, hunted and fished, raised livestock such as cattle and sheep, and labored in workshops that produced ceramic and metal goods.
The artifacts most associated with Kerma culture are probably deffufas, huge mud-brick structures used as temples or funerary chapels. The mud-brick construction material kept the interior of deffufas cool in the hot Nubian sun, while tall colonnades allowed for greater air circulation. The walls of the deffufas were tiled and decorated with elaborate paintings, and some were lined in gold leaf. 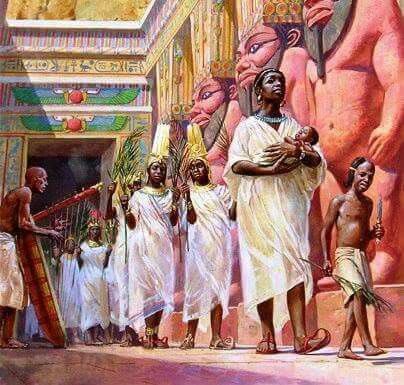 Also Read: Queens Of Nubia’ Who Ruled The Ancient African Kingdom Of Kush

Napata and the 25th Dynasty

The powerful Egyptian military conquered Kush during the period of time known as the New Kingdom (1550-1070 BCE).
From its capital in Napata, Kushite civilization shared many cultural connections with Egypt during this time. For example, ceremonies and rituals honoring the Egyptian sun-god Amun were held at the Kushite mountain Jebel Barkal, where Amun was believed to reside. Records also indicate marriages between Egyptian and Kushite royal families.
Despite these affinities, Egypt and Kush maintained discrete cultural identities. In Egyptian art, Kushites are depicted with darker skin and a cropped hairstyle. Kushites depicted themselves wearing animal-skin cloaks, patterned fabrics, and large earrings. Although both cultures valued horses as transportation, Egyptians preferred to use chariots, while Kushites were just as likely to ride the horses themselves.
As the New Kingdom ended and Egypt entered an Intermediate Period, power dynamics shifted in Nubia. Around 745 BCE, the Kushite king Piye invaded Egypt, possibly at an Egyptian request to fend off invaders from Libya. Piye became the first pharaoh of Egypt’s 25th Dynasty.
Egypt’s century-long reign of Kushite pharaohs was marked by relatively strong, stable government; aggressive attempts at expanding the empire to the Near East; and a major revival of state religion. Pharaohs ruled from the Egyptian capital of Thebes.
Perhaps the most influential pharaoh of the 25th Dynasty was Taharqa (Khunefertumre), a son of Piye. Taharqa engaged in enormous construction projects in both Upper and Lower Egypt. (Upper Egypt included southern Egypt and Nubia, while Lower Egypt included the Nile Delta.) Under his leadership, temples and monuments were expanded at Memphis, Thebes, and Jebel Barkal.
Statues of Taharqa and other pharaohs of the 25th Dynasty are important artifacts. These pharaohs modified the distinctive headdress to reflect their dual kingship of Egypt and Kush. The traditional pharaonic headdress features the Uraeus, a stylized depiction of a cobra. The Uraeus symbolizes Lower Egypt (northern Egypt) and the Nile Delta. (Many pharaonic headdresses also feature a vulture, symbolizing Upper (southern) Egypt.) Taharqa’s headdress features two cobras, probably symbolizing Egypt and Kush.
The powerful Assyrian Empire invaded Egypt around 664 BCE. The Nubian Pharaoh Tantamani retreated from Thebes to Napata, and later to the southern Kushite capital of Meroë.
The Assyrians and Egyptians of the Late Period attempted to erase Kushite leadership and the 25th Dynasty from history by destroying their statues, steles, and even their names from the historic record. 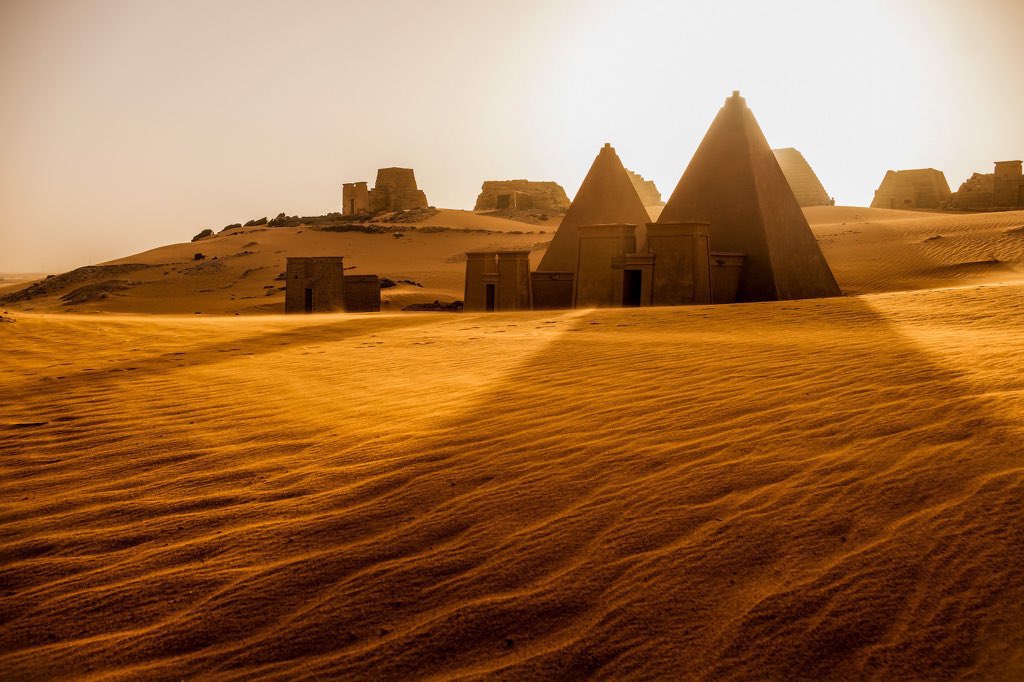 The final period of the Kingdom of Kush is sometimes known as the Meroitic period, after its capital at Meroë. The Meroitic period lasted from about 300 BCE until the 4th century CE.
Meroë was ideally positioned as a port city on the Nile, with trade routes to both the Red Sea and African interior. With the Nile making irrigation possible, Meroë was an agriculturally fertile area, and also sat next to lucrative iron and gold mines.
The most significant artifacts of Meroitic culture are probably its pyramids. A single necropolis at Meroë boasts more pyramids than all of Egypt. Like Egyptian pyramids, the pyramids at Meroë are tombs. More than a dozen Kushite kings, queens, and other nobles are interred with pyramids. (Although unlike Egyptian pyramids, Meroitic pyramids do not hold the tomb itself. The burial chamber lies beneath the pyramid, making the pyramid less a tomb than an enormous headstone.)
Kushite pyramids are notably smaller and steeper than their older Egyptian cousins. Meroitic pyramids stand no taller than about 30 meters (98 feet), while the “step pyramid” of Djoser is twice as tall, and the “Great Pyramid” at Giza is four times that height. The base of Meroitic pyramids is also smaller than Egyptian pyramids—about 7 meters (22 feet) wide, while the step pyramid is about 125 meters (411 feet) and the Great Pyramid is 230 meters (756 feet). The Meroitic pyramids are inclined at about 70°, while the Great Pyramid’s slope is about 50°. 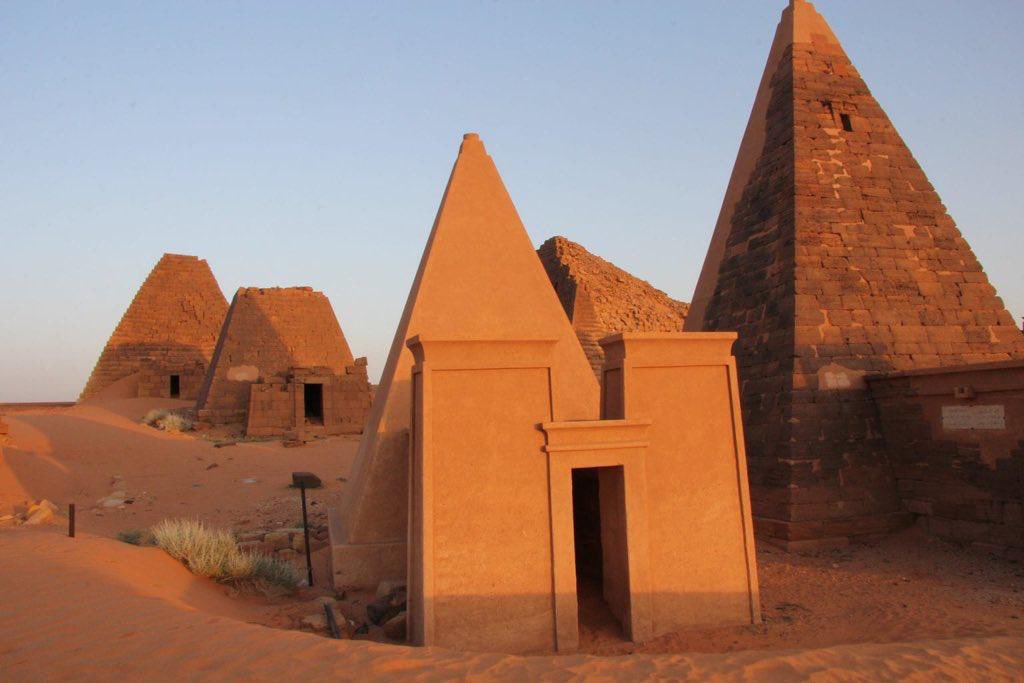 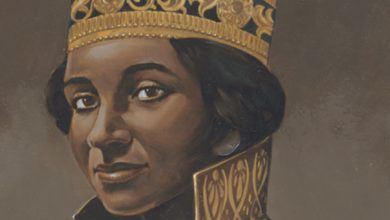 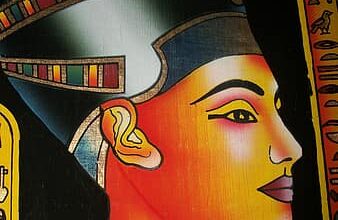 Queens Of Nubia’ Who Ruled The Ancient African Kingdom Of Kush 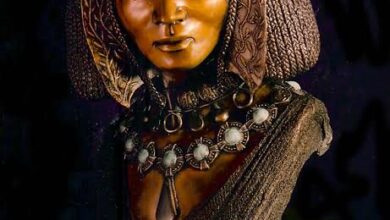