From the Carunjamba River in Angola south to the Olifants River in Western Cape, South Africa, the Namib desert extends for more than 1,200 kilometres.

It is along the Atlantic shores of Angola, Namibia and South Africa.

When it comes to wildlife, this is a truly remarkable area to see from above, below, and even from the saddle. 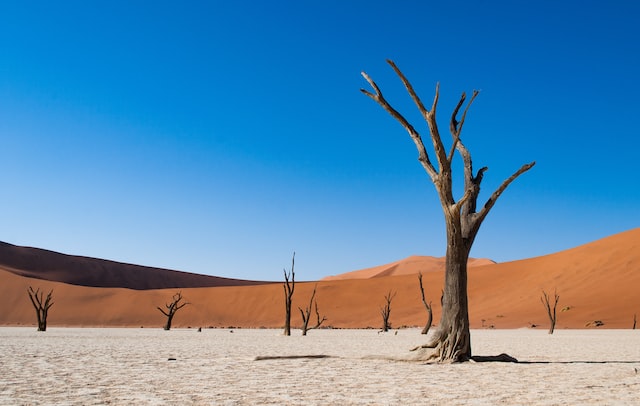 There are some of the largest sand dunes on Earth in the Namib Desert, the oldest desert on Earth.

The “Big Daddy” dune is 325 metres high, whereas Dune 7 is 383 metres high. Iron oxide particles give the sand in several of the dunes a deep reddish hue.

In terms of size, the Namib Desert sand dunes are second only to China’s Badain Jaran Desert dunes, which reach heights of up to 300 metres (980 ft) and cover 32 kilometres (20 miles) in length.

Temperatures around the shore are rather constant, ranging from 9 to 20 degrees Celsius on a year-round basis.

Although temperatures inland are more variable, with highs of 45 degrees Celsius during the day and sub-zero temperatures at night.

Namib Desert is a way of life 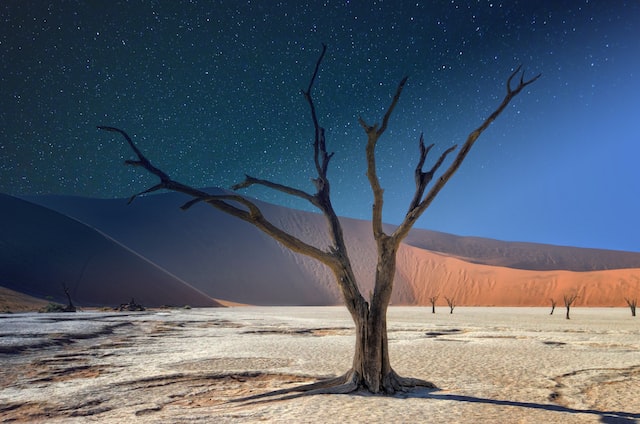 In Namib Desert, there are just a few small villages and indigenous pastoral communities.

The Ovahimba and Obatjimba Herero, in the north, and the Topnaar Nama, in the middle.

In terms of land area, the Namib-Naukluft National Park covers a significant portion of the Namib Desert.

This makes it  Africa’s largest and one of the world’s largest game reserves.

Despite the fact that the vast majority of the park is inaccessible, there are numerous well-known attractions in the desert.

The beetle is one of a number of animals that have figured out how to drink from the fog in the Namib Desert.

Condensation – tiny drops of water — is collected by these insects by tilting their backsides up and allowing the water to roll into their mouths. Fog-bathing is a term for this.

Lizards, oryx (a species of antelope), meerkats, and ostriches are among the larger animals. Desert-adapted lions and elephants can be found here as well.

It’s also worth noting that the critically endangered black rhinoceros can still be found roaming the Namib Desert.

The Namib Desert Sand Sea in Namibia, is said to be 55 million years old, making it the oldest desert in the world. 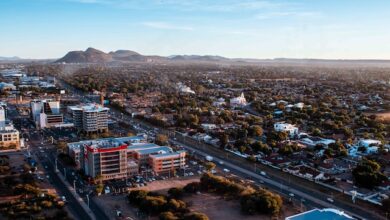