The origins of the Hutu and Tutsi people is a major controversial issue in the histories of Rwanda and Burundi, as well as the Great Lakes region of Africa.  It is said the Hutu arrived in central east Africa somewhere in the 1st century. Before then, the land was inhabited by the Twa. The Twa were pushed out and forced to flee by the Hutu. The Tutsi invaded around the 15th century. They came from the horn of Africa. Their takeover of the Hutu was generally peaceful.

The Tutsi believed in a hierarchical society. So, they put in place a monarchy with the mwami being the king and put in place a feudal system. The Hutu signed contracts or ubihake with the Tutsi. These contracts pledged the Hutu and his descendant’s services to the Tutsi in exchange for a loan of cattle and arable land.

The Difference Between The Tutsi and Hutu People

Tutsi, also called Batusi, Tussi, Watusi, or Watutsi, ethnic group of Nilotic origin, whose members live within Rwanda and Burundi. Tutsi formed the traditional aristocratic minority in both countries, constituting about 9 percent and 14 percent of the population, respectively.

The Tutsi first penetrated the area in the 14th or 15th century, entering from the northeast seeking new rangelands. Though they were skilled warriors, they obtained dominance over the resident Hutu through a slow and largely peaceful infiltration. The Tutsi established a feudal relationship with the Hutu, gaining dominance due to their possession of cattle and their more advanced knowledge of warfare. At the head of the Tutsis’ complex hierarchical political structure was the mwami (“king”), who was considered to be of divine origin.

Hutu, also called Bahutu or Wahutu, Bantu-speaking people of Rwanda and Burundi. Numbering about 9,500,000 in the late 20th century, the Hutu comprise the vast majority in both countries but were traditionally subject to the Tutsi , warrior-pastoralists of Nilotic stock.

When the Hutu first entered the area, they found it inhabited by the Twa, Pygmy hunters whom they forced to retreat. Hutu life centred on small-scale agriculture, and social organization was based on the clan, with petty kings (bahinza) ruling over limited domains.

The classification of Hutu and Tutsi is not exclusively ethnic.

In the 16th century, Burundi was ruled by a monarch called the Mwami, and an aristocracy called the Ganwa, who owned most of the land. Hutus were predominantly farmers, and Tutsis were mainly herders. Both had to pay tributes to the monarchy for the use of land. Where a Hutu farmer managed to acquire livestock (which equated to wealth), he would often become referred to as a Tutsi, and vice versa for Tutsis who lost their cattle. Hutus and Tutsis would also often inter-marry.

There is no linguistic or religious distinction between the two groups; they share a common culture in many ways. Rather, the differences seem more of class and ecology. The Tutsi minority had a much stronger pastoral element to their economy. The Hutus were conventional farmers.   The pastoral Tutsi tended to dominate the Hutu peasant. This is where the class dimensions are clearest, as the modest Hutu were traditionally ruled by the wealthier Tutsi aristocracy.

According to some historians, like Congolese Professor George Izangola, the only difference between the two groups were economic, rather than ethnic. he said

“In Rwanda, the Tutsi and the Hutu are the same people. They are all people–large grouping or communities which go from seven regions of Cameroon to Uganda–all the way to South Africa, in the same culture,” Izangola said. “People used to be Tutsi or Hutu, depending on the proximity to the king. If you were close to the king, you owned wealth, you owned a lot of cattle, you are a Tutsi. If you are far away from the king, you are a cultivator, you don’t own much cattle, you are a Hutu.”

Not Until the European colonial period of the late 19th century, relations between the Hutu and their Tutsi overlords had been fairly amicable.

Colonial rule, did little to bring the groups together.  The first interaction the Hutu and the Tutsi had with colonial power was with the Germans, who controlled the area from the 1890’s to WW1. The Belgians took control of the area in 1916 until after WW2.

The Belgians, who ruled what would later become Rwanda and Burundi, forced Hutus and Tutsis to carry ethnic identity cards. The colonial administrators further exacerbated divisions by only allowed Tutsis to attain higher education and hold positions of power.

The tutsi people held dominant position over the Hutu in Rwanda until 1961, when the monarchy was overthrown.

Following independence in 1962, Ruanda-Urundi split into two countries: Rwanda and Burundi. In Rwanda, the Hutu majority lashed out at the minority Tutsis – killing thousands and forcing hundreds of thousands to flee to neighboring Uganda. In Burundi, the minority Tutsis maintained their control of the military and government through a campaign of violence against the Hutus. Although they lost multi-party elections in 1993, two assassinations and a military coup have allowed the Tutsis to remain in power.

Relations between the two groups periodically led to mass killings and struggles. In 1994, one of the worst incidents of genocide in modern history took place in Rwanda, where Hutu extremists slaughtered nearly a million Tutsi and moderate Hutu. 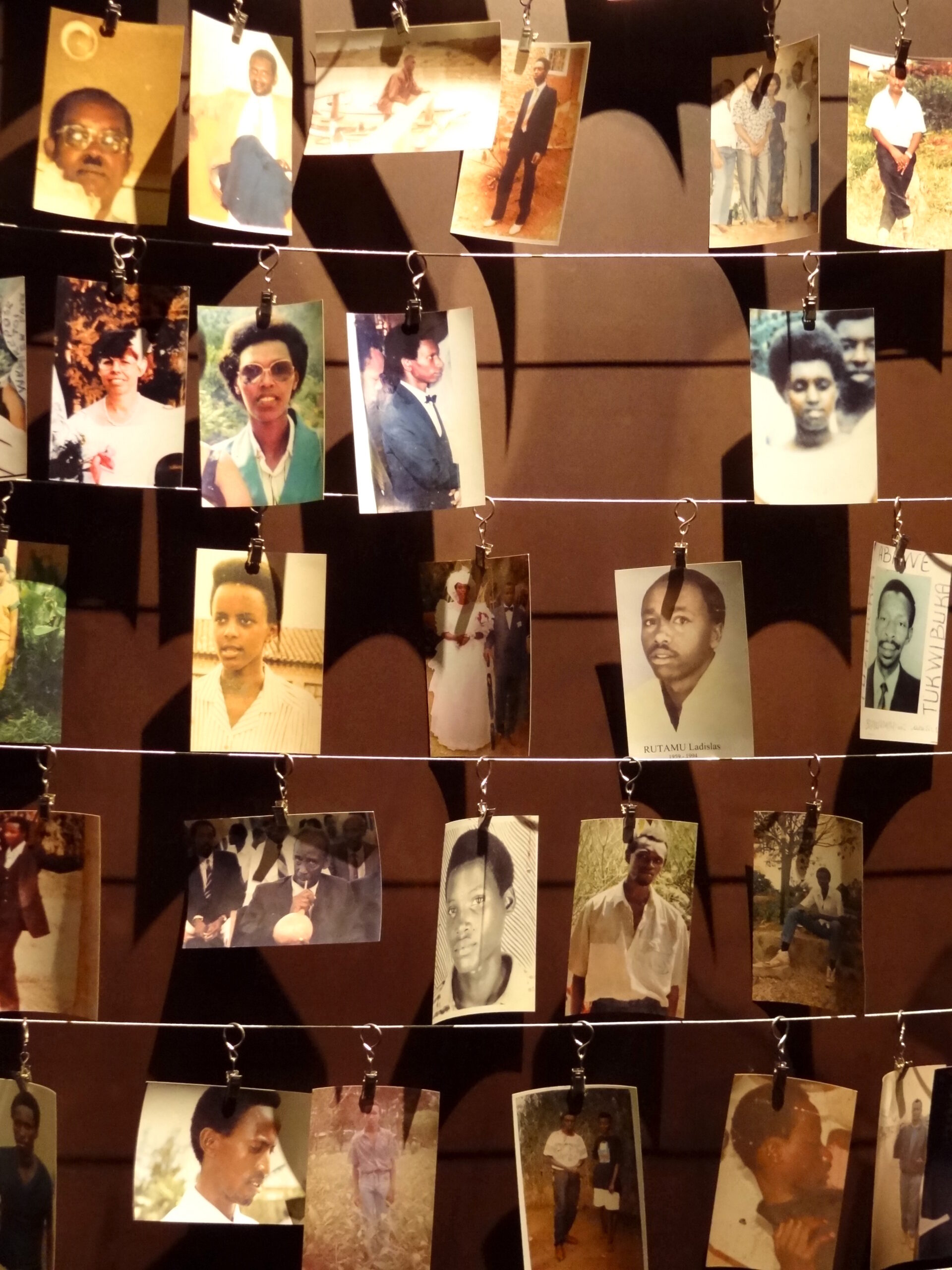 The Rwandan genocide, also known as the genocide against the Tutsi, was a mass slaughter of Tutsi, Twa, and moderate Hutu in Rwanda, which took place between 7 April and 15 July 1994 during the Rwandan Civil War.

The genocide was sparked by the death of the Rwandan President Juvenal Habyarimana, a Hutu, when his plane was shot down above Kigali airport on 6 April 1994.

Neighbor turned on neighbor, family turned on family, and love turned to hate. The Rwandan genocide turned friends into enemies. The once beautiful country was as ruined as any spot on earth — 800,000 people were brutally slaughtered in 100 days.

Most of the victims were killed in their own villages or towns, many by their neighbors and fellow villagers. Hutu gangs searched out victims hiding in churches and school buildings. The militia murdered victims with machetes and rifles.  An estimated 500,000 to 1,000,000 Rwandans were killed, about 70% of the country’s Tutsi population.  Sexual violence was rife, with an estimated 250,000 to 500,000 women raped during the genocide. The RPF quickly resumed the civil war once the genocide started and captured all government territory, ending the genocide and forcing the government and genocidaires into Zaire now Democratic Republic of Congo.

Hutu refugees particularly entered the eastern portion of Zaire (now the Democratic Republic of the Congo, or DRC). Hutu genocidaires began to regroup in refugee camps along the border with Rwanda. Declaring a need to avert further genocide, the RPF-led government led military incursions into Zaire, resulting in the First (1996–97) and Second (1998–2003) Congo Wars. Armed struggles between the Rwandan government and their opponents in the DRC have continued through battles of proxy militias in the Goma region, including the M23 rebellion (2012–2013). Large Rwandan Hutu and Tutsi populations continue to live as refugees throughout the region.

We hope you enjoyed reading: “Tutsi and Hutu People of Rwanda and Burundi: Origin, Facts & Conflicts“, Thanks for reading and please do share.

We can also create visibility for your brand today and put your business on the world map. Advertise with us today to make your brand the preferred choice among our audience. 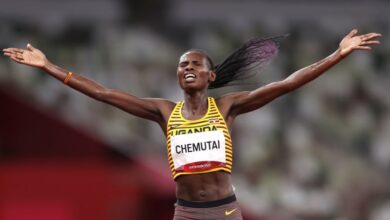 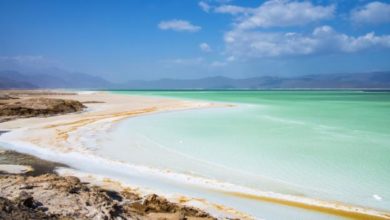 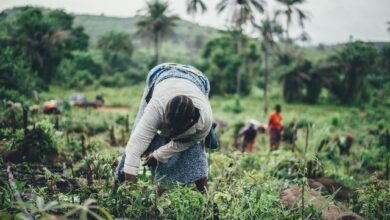