The Great Sphinx Giza is a giant 4,500-year-old limestone statue situated near the Great Pyramid in Giza, Egypt. Measuring 240 feet (73 meters) long and 66 feet (20 meters) high, the Great Sphinx is one of the world’s largest monuments.

It is also one of the most recognizable relics of the ancient Egyptians, though the origins and history of the colossal structure are still debated.

What Is a Sphinx?

A sphinx (or sphynx) is a creature with the body of a lion and the head of a human, with some variations. It is a prominent mythological figure in Egyptian, Asian, and Greek mythology.

In ancient Egypt, the sphinx was a spiritual guardian and most often depicted as a male with a pharaoh headdress—as is the Great Sphinx—and figures of the creatures were often included in tomb and temple complexes.

For instance, the so-called Sphinx Alley in Upper Egypt is a two-mile avenue that connects the temples of Luxor and Karnak and is lined with sphinx statues.

Sphinxes with the likeness of the female pharaoh Hatshepsut also exist, such as the granite sphinx statue at the Metropolitan Museum of Art in New York and the large alabaster sphinx at the Ramessid temple in Memphis, Egypt.

From Egypt, the sphinx imported to both Asia and Greece around 15th to 16th century B.C. Compared with the Egyptian model, the Asian sphinx had eagle wings, was frequently female, and often sat on its haunches with one paw raised in depictions.

In Greek traditions, the sphinx also had wings, as well as the tail of a serpent—in legends, it devours all travelers unable to answer its riddle. 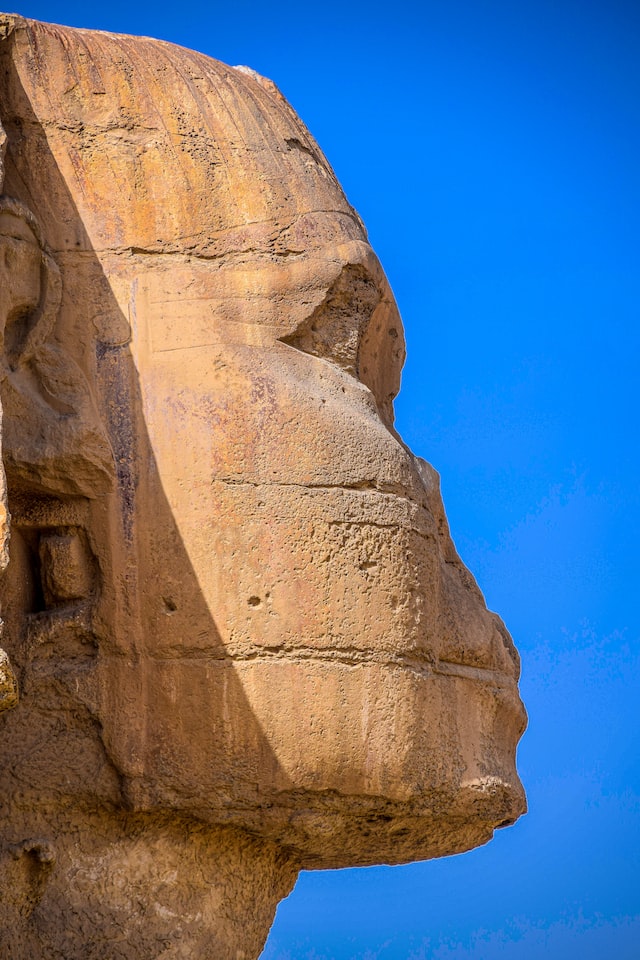 How Old Is The Great Sphinx Giza?

The most common and widely accepted theory about the Great Sphinx suggests the statue was erected for the Pharaoh Khafre (about 2603-2578 B.C.).

When he became Pharaoh, Khafre constructed his own pyramid next to his father’s; though Khafre’s pyramid is 10 feet shorter than the Great Pyramid, it is surrounded by a more elaborate complex that includes the Great Sphinx and other statues.

Residues of red pigments on the face of the Sphinx suggest the statue may have been painted.

Given the organization of the pyramids and the Sphinx, some scholars believe there may have been a celestial purpose to the Great Sphinx and temple complex, that is, to resurrect the soul of the pharaoh (Khafre) by channeling the power of the sun and other gods.

Several lines of evidence exist that tie the Great Sphinx to Pharaoh Khafre and his temple complex.

For one thing, the head and face of the Sphinx are strikingly similar to a life-size statue of Khafre that French archaeologist Auguste Mariette found in the Valley Temple—the ruins of a building situated adjacent to the Great Sphinx—in the mid-1800s.

Additionally, Mariette discovered remnants of a causeway (processional road) that connect the Valley Temple to a mortuary temple next to Khafre’s pyramid.

In the early 1900s, French archaeologist Emile Baraize dug up another building (the Sphinx Temple) directly in front of the Sphinx that’s similar in design to the Valley Temple.

In the 1980s, researchers uncovered evidence that the limestone blocks used in the walls of the Sphinx Temple came from the ditch surrounding the great statue, suggesting workmen hauled away quarry blocks for the Sphinx Temple as they were being chipped off the Great Sphinx during its construction.

Researchers estimate that it would have taken 100 people 3 years to carve the Great Sphinx out of a single mass of limestone.

But there’s some evidence that these workers may have suddenly quit before fully finishing the sphinx and temple complex, such as partially quarried bedrock and remnants of a workman’s lunch and tool kit. 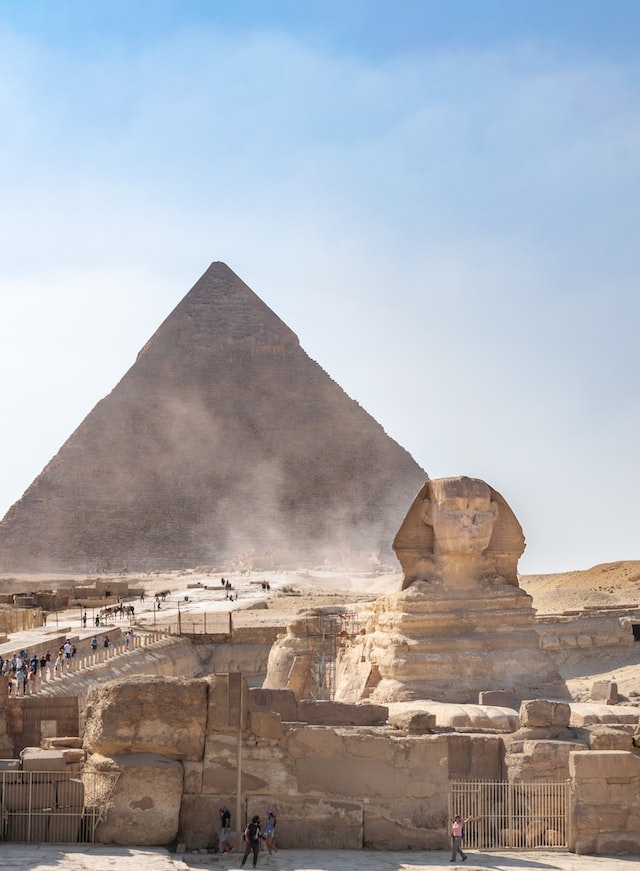 Over the years, researchers have put forth many other theories for the Great Sphinx’s origins, though most are refuted by mainstream Egyptologists.

Some theories suggest the face of the sphinx actually resembles Khufu and, therefore, Khufu built the structure.

Alternatively, Pharaoh Djedefre—Khafre’s older half-brother and Khufu’s other son—built the Great Sphinx in commemoration of his father.

Other theories hold that the statue depicts Amenemhat II (around 1929 to 1895 B.C.) based on the style of the stripes on the sphinx’s head cloth.

Some scientists also contend that the Great Sphinx is far older than is widely believed, based on the potential age of the causeway or various patterns of erosion of the statue.

Riddle of The Great Sphinx Giza

What Egyptians called the Great Sphinx during its prime remains a riddle, because the word sphinx originates from Greek mythology some 2,000 years after the statue was built.

It’s also unclear in what regard Egyptians held the Great Sphinx during the Old Kingdom (c. 2613-2181 B.C.), as there are few texts that discuss the statue.

However, Khafre associated himself with the god Horus and the Great Sphinx may have been known as Harmakhet (“Horus on the Horizon”), as it was during the New Kingdom (1570-1069 B.C.).

Whatever the case, the statue began to fade into the desert background at the end of the Old Kingdom, at which point it was ignored for centuries.

Inscriptions on a pink granite slab between the Great Sphinx’s paws tell the story of how the statue was saved from the sands of time.

In Thutmose’s dream, the statue, calling itself Harmakhet, complained about its state of disarray and made a deal with the young prince: It would help him become pharaoh if he cleared away the sand from the statue and restored it.

Whether or not the dream actually occurred is unknown, but when the prince did, in fact, become Pharaoh Thutmose IV, he introduced a Sphinx-worshipping cult to his people.

Statues, paintings, and reliefs of the figure popped up across the country and the sphinx became a symbol of royalty and the power of the sun.

The Great Sphinx has eventually forgotten again. Its body suffered from erosion and its face became damaged by time as well.

Though some stories claim Napoleon‘s troops shot off the statue’s nose with a cannon when they arrived in Egypt in 1798, 18th-century drawings suggest the nose went missing long before then.

More likely, the nose was purposely destroyed by a Sufi Muslim in the 15th century to protest idolatry.

Part of the Sphinx’s royal cobra emblem from its headdress and sacred beard have also broken off, the latter of which is now displayed in the British Museum.

The Sphinx was actually buried in sand up to its shoulders until the early 1800s, when a Genoese adventurer named Capt.

Giovanni Battista Caviglia attempted (and ultimately failed) to dig out the statue with a team of 160 men.

Mariette managed to clear some of the sand from around the sculpture and Baraize made another large excavation push in the 19th and 20th centuries.

But it wasn’t until the late 1930s that Egyptian archaeologist Selim Hassan was able to finally free the creature from its sandy tomb.

Today, the Sphinx is continuing to deteriorate thanks to wind, humidity, and pollution.

Restoration efforts have been ongoing since the mid-1900s, some of which failed and ultimately caused more damage to the Sphinx.

In 2007, authorities learned that the local water table under the statue was rising due to sewage being dumped in a nearby canal.

The moisture ultimately spread through the porous limestone of the structure, causing the rock to crumble and break away in large flakes in some cases.

Authorities installed pumps close to the Great Sphinx, diverting the groundwater and saving the relic from further destruction.

The Mystery of the Great Sphinx; Ancient History Encyclopedia.

What happened to the Sphinx’s nose?; Smithsonian.

The Mpemba Effect: How 13-year-old Tanzanian Discovery that Changed the Scientific World 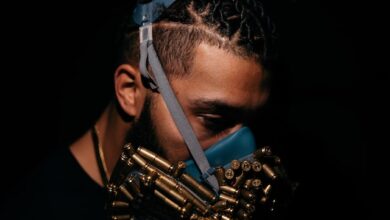 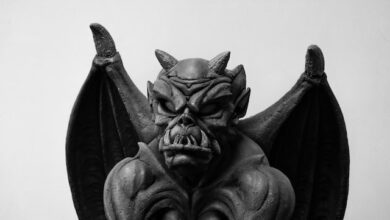 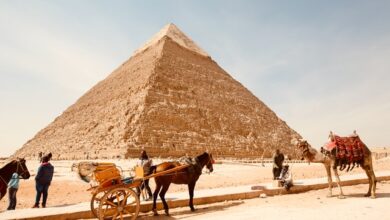