The Himba People of Namibia or Ovahimba and Ovazimba tribes in Northern Namibia’s Kunene and Omusati areas have a strong culture that has resisted pressure from the west.

In this community of more than 50,000 people, the women take care of the children, milk the cows, and perform other heavy tasks while the men go hunting, often disappearing for a long time.

The quantity of animals one has determines one’s fortune among these nomads. The himba people of Namibia are polygamous, and once females reach puberty, they are married off to male partners chosen by their fathers.

The redness of their skin is incontestable. The red pigment on their skin is known as otjize paste, and it works to protect their skin from the sun and bug bites by combining butterfat, omuzumba scrub, and ochre.

They are also influenced by the notion that red denotes “Earth and blood.” The ladies apply fragrant resins to their skin and take a smoke bath instead of taking a bath.

Background and Population of the Himba People of Namibia 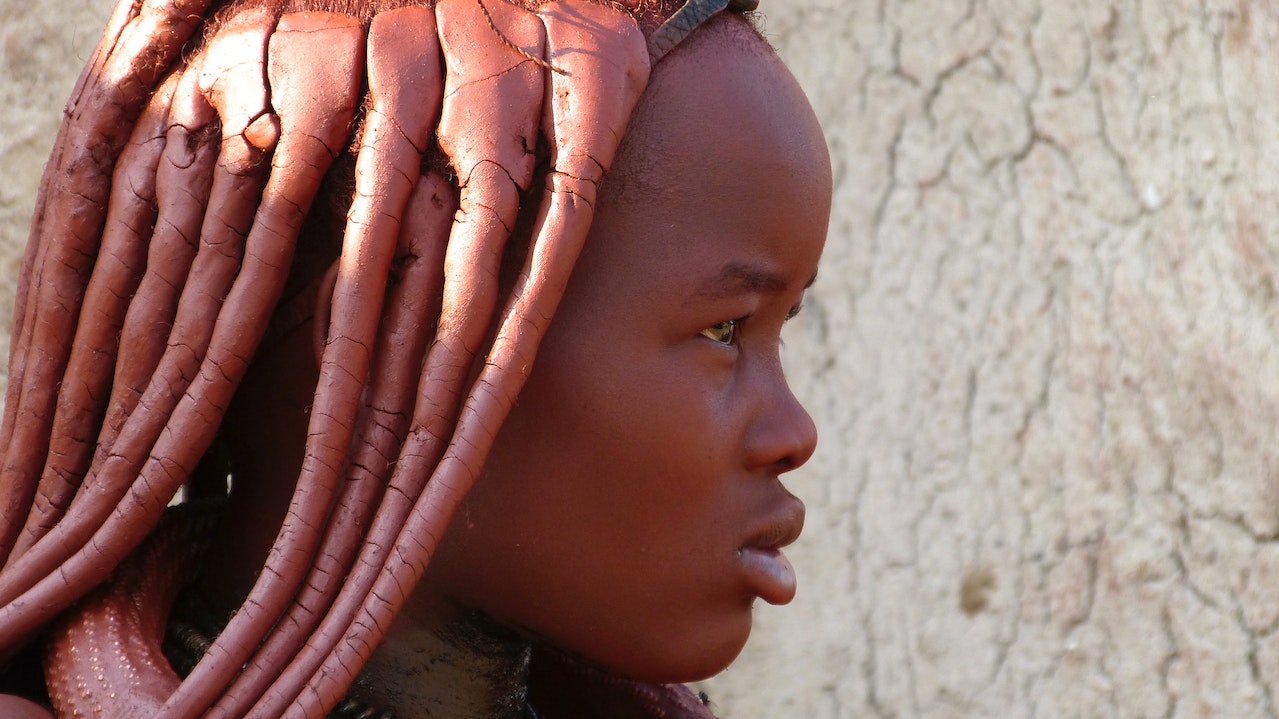 The Herero, a Bantu tribe that came in Namibia in the middle of the 16th century, descended from the Himba.

The Herero were attacked by nearby Nama gangs in the middle of the 1800s, who looted most of their livestock and forced a sizable number of Herero to flee across the Angolan border.

Due to their lack of material possessions and refugee status, these Herero were given the native Ngambwe term “ovahimba,” which translates to “beggar” in English.

Around 1920, the himba people of Namibia departed Angola when Vita, a well-known warrior, led them back to Kaokoland and won back many of their livestock.

Since then, modern technologies and market structures have mostly had little impact on how the Himba live.

The preferred form of payment remains cattle, and taking care of the livestock and other home chores still dominate everyday life.

Kaokoland is home to 20,000 Himba, according to estimates.

Also Read: The Dinka Tribe’ The Tallest People in the World

Location of the Himba People of Namibia

The himba people of Namibia are a tribe of long-established pastoralists who inhabit Kaokoland in the Kunene area in Namibia’s northwest.

The project’s field location is located in the Omuhonga Basin, some 150 kilometers from Opuwo, the principal district town.

An dry climate characterizes Kaokoland, with the wet season generally lasting from November to May.

Droughts may endure for years and are not unusual.

With only approximately 1 person per 2 km2, the region is extremely sparsely inhabited.

Commercial Activity of the Himba People of Namibia

The majority of the Himba’s calories still come from pastoral output.

They shepherd sheep, goats, and cattle.

Women also have gardens where they cultivate sorghum and maize during the wet season.

There is still some foraging going on, mostly for nuts and honey.

In Kaokoland, hunting is no longer allowed.

The himba people of Namibia believe in bilateral descent, with rank being transferred patrilineally and money generally passing down the maternal line (often from an uncle to a nephew).

Everyone belongs to both their paternal (oruzo) and maternal (eanda) clans.

This type of social organization is quite uncommon and is most frequently encountered in harsh locations.

Though each woman has her own hut, polygyny is frequent and women may co-habit inside the same home.

Upon marriage, women go in with their husband’s family, however they regularly visit them and return to live in their ancestral homeland after a marriage ends.

Cow posts are built during the dry season, and the household is frequently divided between the main complex and the cattle post.

This implies that husbands and spouses are frequently apart for extended periods of time.

If a man has many wives, one may reside at the cattle station and the other may reside in the main complex.

Every Himba marriage is organized by family members, and a modest brideprice is given (typically one cow and two sheep).

Couples do, however, occasionally fall in love and then ask their families for approval to wed.

Second and third marriages are more likely to have these “love matches” than first ones.

The practice of child marriage involves the engagement of a baby or very young girl to an older man.

Even though there is a wedding ceremony, the kid seldom moves in with her spouse and the union is not complete until the girl achieves menarche.

The himba people of Namibia like big families and have a relatively high fertility rate.

This community is still regarded as having “natural fertility” since there is little access to contraception.

Women commonly have children outside of marriage, and infidelity inside marriage are also prevalent.

Women enjoy a good amount of autonomy, especially when it comes to choosing a spouse and having the option to leave a marriage if she so chooses.

In Omuhonga, there are a number of tiny neighborhood schools.

However, few Himba adults have ever attended school, and attendance among the present generation of kids is likewise irregular.

Families frequently relocate to cattle posts during the dry season that offer better pasture and water availability, but these posts are generally farther from schools, interrupting the education that Himba children now get.

Honor is relative to the Himba People of Namibia, therefore give credit where credit is due: 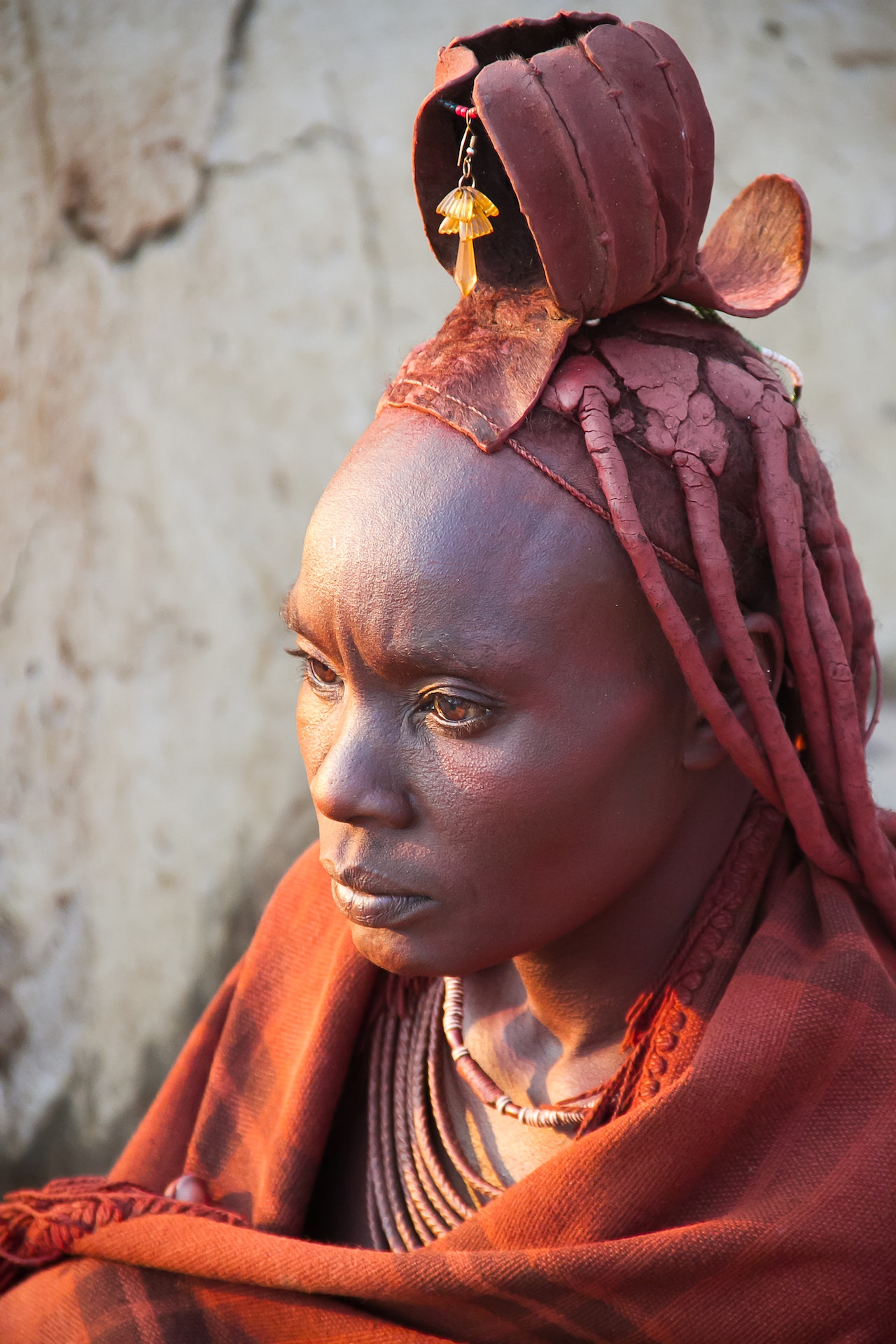 In this tribe, this proverb is used in a different way. Giving a visitor the Okujepisa Omukazendu courtesy when they knock on the door is one way a guy can express his satisfaction and happiness at meeting his visitor.

This custom actually entails giving his wife to a visitor to stay the night while the husband sleeps in a different room. In the event that there isn’t a hotel available, her spouse will spend the night outside.

This passed-down custom has “benefits” for the neighborhood: it lessens jealously and promotes friendship. The woman’s input on decision-making is minimal to nonexistent.

She first submits to her husband’s requests and have the choice to refuse to sleep with him, but she will still have to share a room with the visitor.

She has the right to introduce her spouse to her friends when they come to visit, but this seldom occurs.

The himba people of Namibia are polygamous, with the typical Himba male simultaneously married to two women. Additionally, early planned marriages are common.

Can you marry a Himba?

The quantity of animals one has determines one’s fortune among these nomads. The himba people of Namibia are polygamous, and once females reach puberty, they are married off to male partners chosen by their fathers.

What language do the Himba People of Namibia speak?

They speak Otjihimba. Herero dialect Otjihimba is spoken by the Himba. A Bantu language is herero.

What are the Himba famed for? What do Himba People of Namibia use as skin care products?

The usage of otjize, a paste made of butter, fat, and red ochre that the Himba women of northern Namibia apply on their skin and hair, has earned them fame.

Otjize occasionally includes fragrant resin from a nearby bush to add a pleasing scent. Every morning, Himba women use it; males never do. 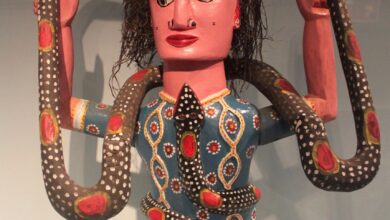 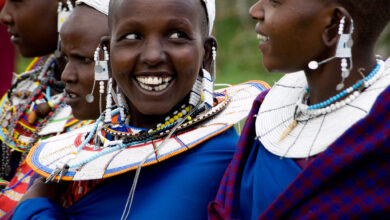 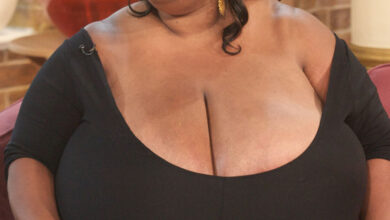