Poisonous African Snakes seldom receive the credit they merit, regardless matter whether you find them intriguing or have a fear of them (herpetophobia).

In Africa, surviving is no easy task, especially in deserts and other dry regions where food is in short supply and competition is fierce.

Because of this, snakes are a vital component of any ecosystem. Snakes have evolved strong strategies to keep one step ahead of the game in order to survive.

Because of their powerful poison or very strong grasp, poisonous African snakes are feared rather than revered.

Many researchers go to Africa to study and monitor snakes in their native habitat in an effort to dispel beliefs about snakes and preserve their ecosystems, which are steadily being lost to farming and urbanization.

The Black Mamba is a long, powerful poisonous African snakes that has gained a lot of notoriety in the media. Their coloring is a dark, silvery-grey rather than the expected ink black.

This elegant creature, which is 8.2 feet long, can move at speeds of 8 miles per hour as it scrambles to get to its food.

They are also quite timid and, like the majority of snakes, only lash out when threatened or trapped. After all, everyone has the right to self-defense.

The Black Mamba won’t stop attacking until the threat is eliminated, unlike the majority of snakes that will strike once in fright.

The Bite: The snake’s venom contains a combination of cardiotoxins and neurotoxins that can be fatal. A victim has a 100% chance of dying within seven to fifteen hours if anti-venom is not provided.

The Black Mamba has a long, muscular body, which helps it strike high.

Also Read: Tippi Degre: The Young White Girl Who Grew up with Wildlife in Namibia

The Puff Adder has a low profile yet is the most lethal poisonous African snake in southern Africa and all of Africa. The majority of Puff Adder fatalities are people who unintentionally walk on this dangerous snake by mistake.

It has a blunt snout and astonishingly well-adapted coloring.

The Puff Adder won’t slither away; it will stand its ground and strike. This poisonous African snake has such great concealment that it is rarely observed, but when it is, it will inflate itself out and hiss in a show of confidence.

The Bite: Puff Adder bite victims recover effectively to antivenom, while most fatalities occur in individuals without access to emergency care. Ninety-five percent of sufferers would die without the antivenom.

Avoiding strolling in the open bushveld without a safari guide is the greatest method to prevent getting bitten.

On a safari, you must wear long socks and sandals to protect yourself from the cold-blooded bug crawlies that like to sun themselves on crags and plains.

The Puff Adder, a master of camouflage, would frequently bury its body in the sand for surprise assaults.

The Rock Python is one of the poisonous African snakes that causes the most amount of dread among African animals.

This poisonous African snakes, which can grow to a length of 16.5 feet, enjoys being near water and prefers marshes and riverbanks where it may find its favored prey.

The African python may consume an animal as big as a small antelope and kill it by constricting it.

The Bite: There’s no reason to be afraid of African rock snakes. It is readily startled and the bite is not poisonous.

The Cape Cobra is a recognizable and magnificent reptile that is really exceedingly timid, as any South African can tell you.

The Cape Cobra is mostly found on the ground, however, it has been observed climbing trees in pursuit of food (which includes other snakes like the Puff Adder).

The way that this poisonous African snakes attack distinguishes it from others. When challenged, the Cape Cobra will lift its upper body into the air and flare its distinctive hood in an effort to seem larger and more intimidating than the aggressor.

Since Cape Cobras don’t spit, ignoring their warning signs is actually the only way to avoid getting bitten. Despite being well-camouflaged, these snakes are diurnal, making them easier to identify in the daytime.

If a cobra does appear with its head up and its hood flaring, now is the moment to immediately retreat.

Their venom can be fatal within an hour, although moderate bites can be managed symptomatically in a medical facility.

The color of the Cape Cobra can range from yellow to brown to black. Its obvious hood serves as sufficient notice that calamity is about to occur.

The Eastern green mamba is the sixth snake on our list of stunning poisonous African snakes. This mamba, as its name implies, is a successful snake that lives high in trees in the jungles of eastern Africa.

Its gorgeous green color mixes in nicely with its environment.

The Green Mamba is a bold snake that engages in all kinds of mischief when it comes into contact with people while in quest of food.

These poisonous African snakes treat mice like fillet mignon, and human settlements draw the rodents, which in turn tempt the Green Mamba from its perch in the trees.

The Green Mamba bites predominantly domesticated animals, such as dogs and other pets owned by people. These poisonous African snakes is scared of people and prefer to run away from danger.

However, its venom is extremely quick acting and can kill the unfortunate victim in as little as 30 minutes.

We rank the Green Mamba as the most attractive African snake due to its coloring.

African snakes provide a richness of curiosity despite the fact that most safari travelers are inspired by the Big Five.

The safest and most efficient method to witness these amazing reptiles in action is on a guided safari trip since guides are familiar with where to find them and how to recognize aggressive behaviors.

Keep in mind that snakes have had to evolve specialized means of signaling “Don’t eat me,” as they are also prey to some animals. 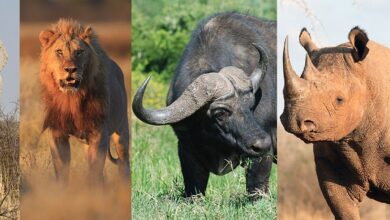 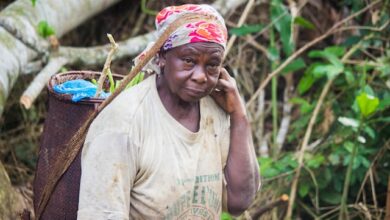 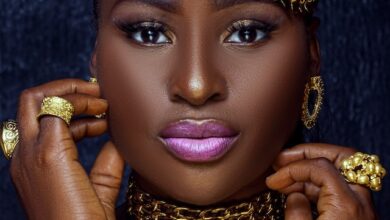 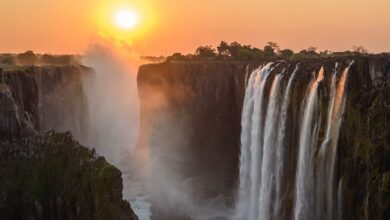